Witches Hammer – Damnation Is My Salvation 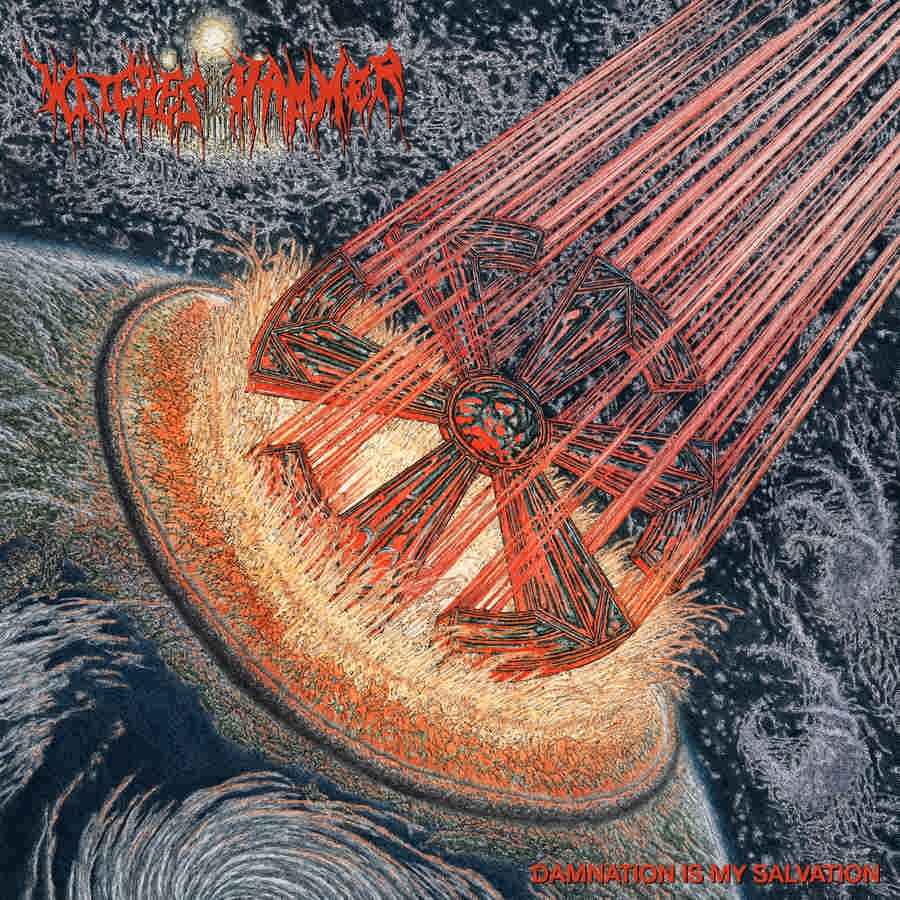 What do you do with a band that started way back in 1984, released only a few demos (although good ones), disappears from the map around 1990, gets an EP released in 2004 and a bunch of presences on several compilations the year before and the year after and sees what is usually a “final nail in the coffin” compilation released with all their recordings on a double CD (2012 – “Dead Forever” on the Italian label Iron Tyrant)?

Well, easy: you pay attention when the news about the band coming back to business (back in 2018) breaks up! This is not some regular Speed Metal band from the 80’s that was only playing local shows for a few friends while they were all attending high school and then vanished without a trace. This is a band that was particularly important for the Vancouver extreme metal scene, especially for their influence on the members of the worldwide known band Blasphemy.

The American label Nuclear War Now! is highly responsible for bringing justice to this excellent band, by working with them since the early 2000s on several physical releases of the band’s work throughout the years. So, in 2020 the band, again through NWN! decides to show the world the result of their comeback and the set of live performances with incredibly positive responses from the public and finally announce the release of the debut album “Damnation Is My Salvation”.

Expect nothing but a collection of perfectly executed Speed Thrash, done the way it should be done, by musicians who know perfectly well how to do it! Three of the songs on “Damnation Is My Salvation” are re-recorded versions of tracks from earlier releases: “Frozen God”, “Deadly Mantis” and “Witches Hammer” (all originally appeared on the band’s demos) and the rest of the tracks are brand new, but with the same ferocity as one could expect from this band. An excellent comeback from a band that was inactive for quite some time, something that cannot be said of most reformed bands, these days. (Antonio)