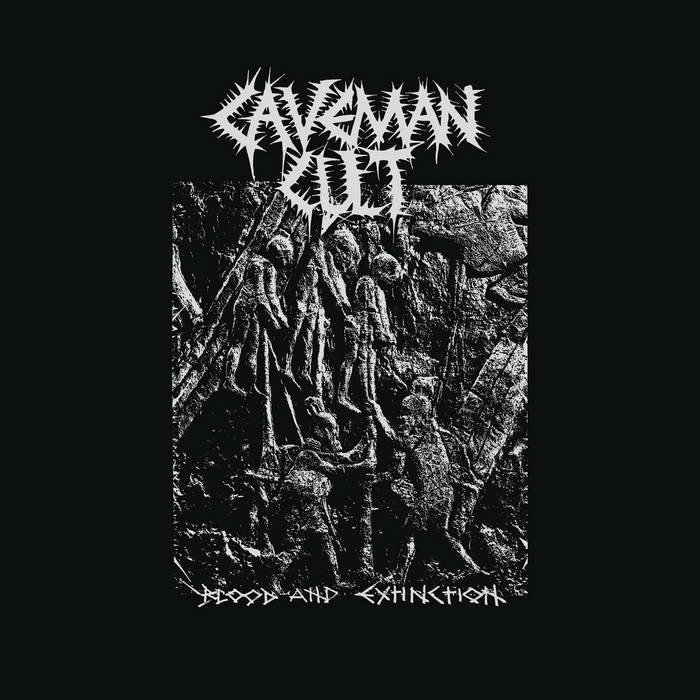 Filthiness noises properly smothered by an uncivilized savagery that beats me to death, extinguishing here any existential forms with the violent bleeding of chaos and destruction, is what I can say and extract from Caveman Cult’s new album.

Hypnotized by complex minimalist forms, to explore the depths that allow me to assume that the chaotic demolition that present themselves in this new work, reflect in their fullness, the insane noise that rips my tympanums audaciously without asking permission.

To be honest with myself about this new Caveman Cult album, where I was absorbed in the various auditions of this new album, that brutally swallow me in this musical extreme abyss. I would like to highlight the sharp guitars, that sound more like murderous blades that cut me to pieces, with their riffs and solos, at this massacre where the limits of torture, are simply annihilated with an overwhelming drum work, entwined with the cavernous bass taking over a devastating abominable conjuration, that invades this compendium of self destruction, proclaimed in English and Spanish, with aggressive vocals vomited in an atrocious way and that lead me into this horrifying labyrinth.

Is not necessary much more to describe this magnificent album, because the total destruction exposed here, in a raw and nefarious way, screams for itself and of course if you like beautiful or looking for minimally coordinated things, definitely this album is not for you. Here you will find brutality immersed in pure chaos and destruction, where nobody will leave unharmed or indifferent.

If you looking for true chaos don’t miss the opportunity to check the new album of Caveman Cult, released by Nuclear War Now! Productions and baptized with blood, in a ritual for the complete human extinction, high recommended. (Slaughter Beelzebub)