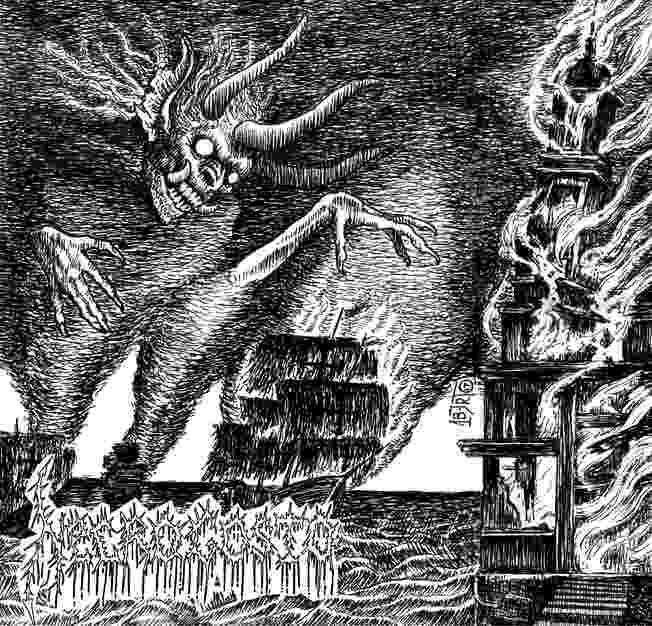 Necrocosto hail from Brazil. And by the looks of it, this sophomore demo, recorded in 2017 and at first being an independent release has had several re-releases on various labels. Even as a limited CD digifile. Usually a sign of great potential and interest for a band.

The demo starts with a noisy, chaotic, mechanical ominous intro, full of reverb and echo. A bad omen of things to come. And yes : first track “Ritual Decay” is pure, unholy bestial Black/Death in the Beherit/Blasphemy vein, including the brutal vociferated screams & roars.  Still, Necrogosto offer more variety with tempo changes, slower parts, which only add to a greater diversity in this genre. I even detect the raw, unpolished South American sound in tracks such as “Crush Solomon’s Temple”. “Blasphemous Upheaval” is a midtempo stomper which brings Necros Christos to mind. “Rise of Succubus” is another vortex, full of ripping guitars and inhuman vocals. “Paths of Abomination” has ritualistic pounding drums, still it sounds overwhelming. And of course everything is bathed in the right amount of reverb for that mindblowing effect we come to love so much.

In all, I‘d say they recorded and succeeded in producing a very varied and raw bestial Black/Death demo. Those who dig this kind of bestial carnage – buy or die! (LV)