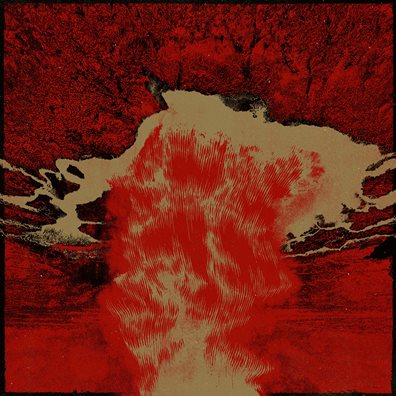 I have never heard about Chaos Echoes, so literally i was going in without any expectations. But after listening “Mouvement”, the second work of the French band, my first impression was very positive. This has to do with the heavy drumming on one hand and mesmerizing riffs and mighty bass lines on the other hand, as well as there are the fantastic atmospheric parts and the great production. I would compare this album with “Hero” from Bölzer because both albums sounds relatively similar. Only the play style on “Mouvement” is more complex and this is the one point which is negative in my eyes. I mean their play style is too intricate and this make it somehow exhausting but I’m aware this is a matter of taste. But I bet many people would agree. if I say that 33 minutes are definitely too short for an album ,especially if you got an atmospheric work like “Mouvement” . In my opinion 10 minutes more would have done well to enjoy more the cosmos around it. All in all “Mouvement” is a good Death/Doom album with awesome sound and great atmosphere. Only the length and the exaggerated complexity making it just “good”, so at the end I would recommend this album for everyone who like progressive ambient stuff. (Thorulf)