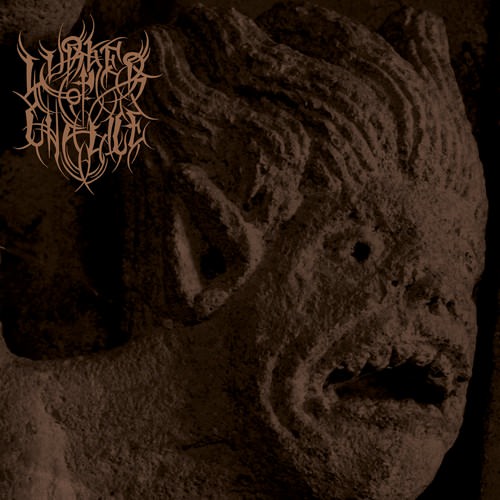 Originally released in 2005, Lurker Of Chalice`s debut was the only album released and the last recording ever published. The album was reissued several times and this time on vinyl by Nuclear War Now Productions. Most will know that this is a one man project by Wrest, known for his work in/as Leviathan. Having all Leviathan stuff, do I need this? Yes, you do as Wrest did an excellent job here. The Production, song writing and atmosphere (dark, oppressive, melancholic and depressive) are on a high level. He was creative enough to do some experimental things and incorporate them well into the maelstrom of hypnotic black metal darkness. If you`re familiar with his work, you will notice he can pull off easily the ambient sounds and his variations in vocal style. Lurker Of Chalice has a huge dynamic range, something he will expand with later Leviathan releases to come or at least incorporate there further. The album is less aggressive than the Leviathan material but in a sense darker and more melancholic throughout the playing time. I think this one here stands on his own, and according to Metal Archives there are some unreleased album laying around which hopefully will be released one day. (DPF)