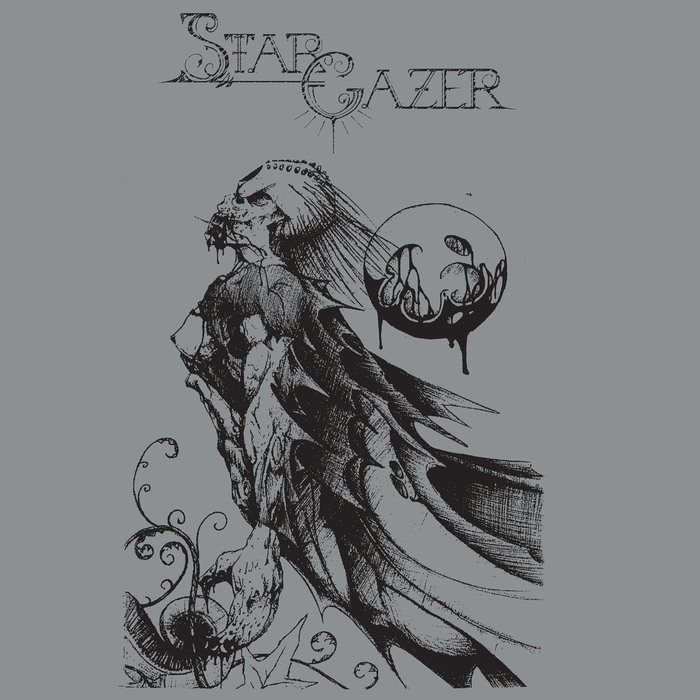 This “new” release from Australia’s own StarGazer is a re-release collection of their very first demo, “Gloat,” which came out in 1996 and the EP that followed it, “Borne,” which came out the next year in 1997. Both of which are actually rather rare to non-existent, so, unless you are a die hard fan from back in band’s early days, this is actually new music that the vast majority of us have never heard. And to the rest of you who have absolutely no clue who StarGazer is, here you go. StarGazer is an Avant-Garde Black/Death Metal band in the vein of, fellow countrymen, Portal mixed with Gorguts.

This new release starts from the beginning, with “Gloat” but the track listing is not the same as I have seen listed elsewhere on the old interwebs. Unless you consider that these songs were also used in the “Harbringer / H.A.S.T.U.R” split the Invocation in 1999, then that track list fits. Now, I am not sure if those tracks are all the same without any re-recording but either way here, on this release, they are most definitley of the demo quality from the 1990’s. When digital 4 to 16 track machines were more readily available for the average band to use. Now, you can already tell in this early demo that StarGazer are no mere average band. The sound is already there, the basis of what we already love is set, it is just a lot more muffled than you are use to.

“Borne”‘s four tracks follow with the outro to “Gloat” thrown in at the end for good measure. What you get is three tracks that continue the progression to what we know as StarGazer by building upon the foundation set on the demo. The sound is better, the songwiting is better, it is all just better and closer to what we know the band as today.

Overall, this release is only out there for the curious and completionists. For the everyday metal fan out there, this is not for you. For the quality of the recording just does not make it something that someone would listen to over one of their studio recorded albums. It’s basically the same stuff just does not sound as good to the ears. Albeit, there are some out there that thirst for the dungeonous sounds brought forth from demos such as this and to them this would be a true treat. For StarGazer have apparently always been an exception band. This is just the extremely dirty version.  (Ben Schultz)