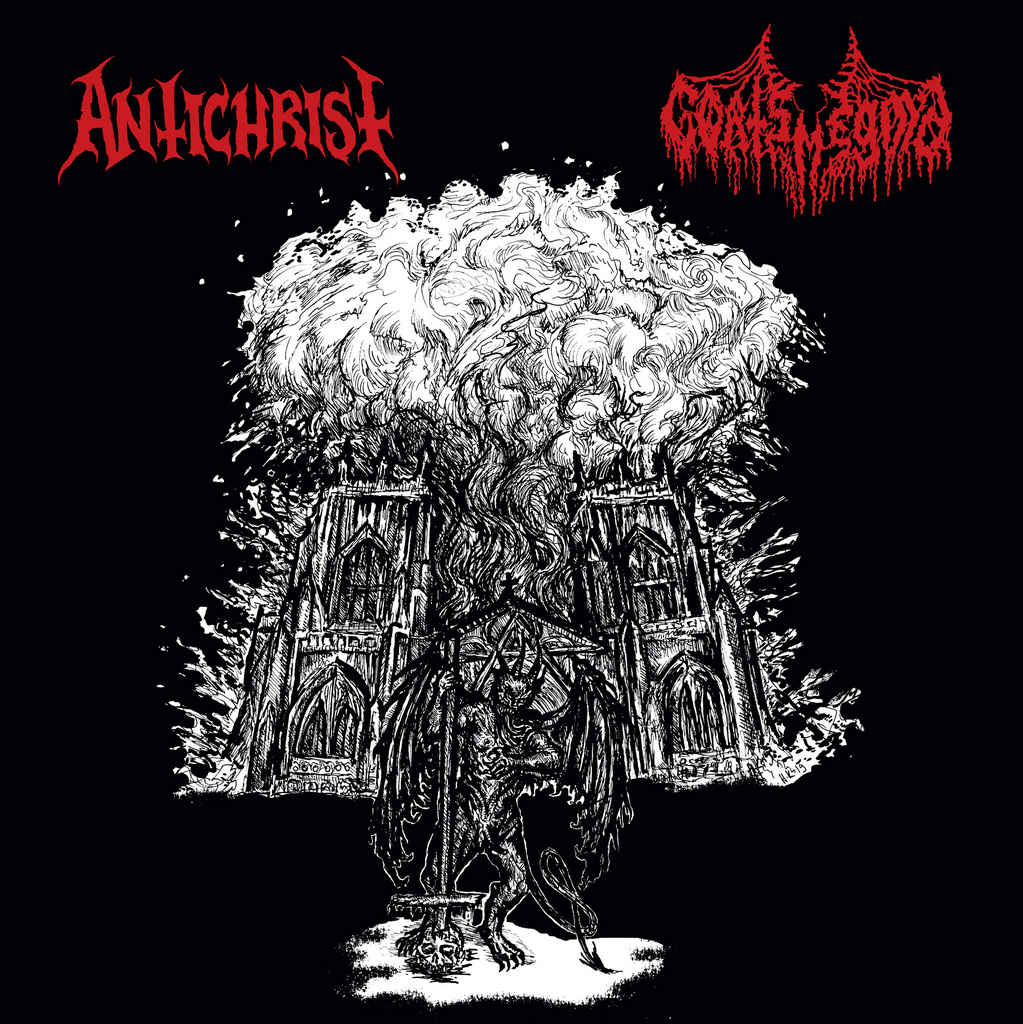 The existence of Canadian Black/Death act Antichrist was not widely known until 2011. It was during that time when their debut release and only full-length “Sacrament of Blood” was unleashed through Nuclear War Now! Productions. Since its formation in 1990, the band has had two releases under its belt, with the second one being this spit. The very first track “Call for Armageddon” couldn’t get more frank as a title for an opening song of a release like this. The track sets a perfect atmosphere and prepares the listeners for the destructive audial terror which they are about to experience throughout. Drawing its influences from Blasphemy and bands alike, Antichrist delivers an abject torrent of charnel riffs that are paired with unrelenting blastbeats and ungodly bestial chants. The production is perfectly loud and wicked as it should be, but clear enough for you to notice all the musical elements that they have put all over; especially the abundance of intensely menacing riffs that give this record an apocalyptic vibe. While Antichrist’s first record was too apparent of being Blasphemy influenced, their songs in this split trace elements from other bands too such as Naked Whipper, Abominator, Goatpenis, Sarcofago, and early Mystifier.

The latter part of the split contains aural barbarism from Goatsmega, a Black/Death entity from Estonia. Similar to Antichrist, Goatsmegma has also put off two releases, with the debut being a full-length from 2019 and the second one being this split.  This part of the record is more primitive and bestial, which is something you would anticipate from a band with “goat” in its name. The perfect way to describe Goatsmegma’s tracks is that they are desolate, barbaric, and vicious. They executed their mastery very profoundly with a vengeful, primordial, and cave-like atmosphere. Right after the intro, the track “Dismembered by Goat Militants” starts with pick scrapes/string slides that maintains the notorious tradition of Conqueror and Revenge. The songs have a very wicked and bleak atmosphere to it that strongly compliments their style. With harsh and cacophonous riffs, the band produces abominable tracks that draw influences from bands similar to Morbosidad, Proclamation, Diocletian, Human Agony, etc.

The entire record is uncompromising through and through. It’s great to have such a release from bands of two different continents that unify themselves to unleash such a diabolic split. Highly recommended for those who are into the style. (Osmani)