Thou Art Lord – The Regal Pulse Of Lucifer 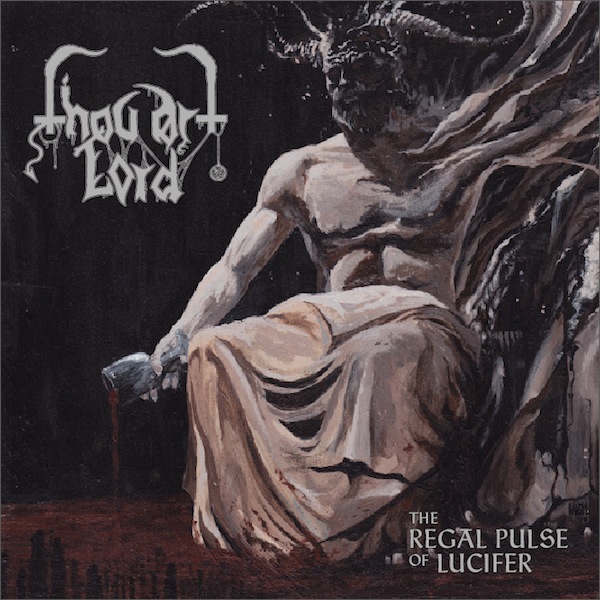 A difficult one…I worship the Greece scene with the albums of Rotting Christ (“Thy Mighty Contract” and “Non Serviam”), Necromantia (“Crossing the Fiery Path” and “Scarlet Evil Witching Black”) and Varathron ( “His Majesty at the Swamp” and “Walpurgisnacht”). The real Greek sound…it’s have been a while since I’ve heard new tunes with that typical sound but it still exists! Just listen to the first couple of seconds on “Nine Steps to Hell” and let the song convince you of the existence. The riffs are unmistakably in the old, especially Rotting Christ vein, but hell, Rotting Christ’s main man Necromayhem handles the guitar. But also “Das Messer” is a good example. The album is also filled with the synths you can also hear on those old Rotting Christ and Necromantia albums, but maybe not that strange with the one and only The Magus aka Magus Wampyr Daoloth in the line-up (although not responsible for the keys on this album, I can’t imagine he will not give some hints and tips). You would probably ask why it is “difficult”, as it has all the ingredients to be one hell of an album. Indeed, it has everything therefore a dark shadow drapes above the album…it could be a notch better. It could have been a new classick. Now, it is a very good album for everyone who enjoys the old Greece scene, but not one which will be mentioned in one breath with the earlier albums of Rotting Christ, Necromantia and Varathron.