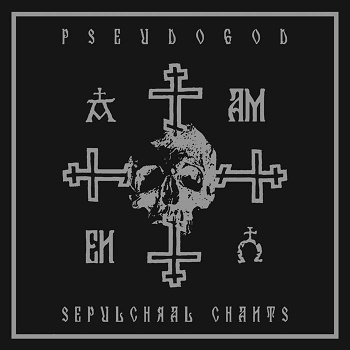 Originally released in 2015, “Sepulchral Chants”  is a compilation of Pseudogod`s material prior to its full length “Deathwomb Cathechesis” . The Russian terror combo are amongst the best bestial Black/Death bands and this is their legacy, now released on vinyl by Nuclear War Now Productions. You can definitely here how the band developed their sound and how they already where at high levels at the beginning of their career. The compilation includes their demo “Illusion of Salvation“, their EPs “Triumphus Serpentis Magni” and “The Pharynxes of Hell, their splits “In Void and Serpent the Spirit is One“, “Four Wings of Blasphemy and Abomination“, their split with Morbosidad, rehearsal tracks from 2007 and 2014 as well as a picture LP Bonus from 2012. Fans of Archgoat, Teitanblood, Black Witchery and the likes, should have this in their collection. Even If you have all the releases already.  I hope they will release some new material in not so distant future. (DPF)