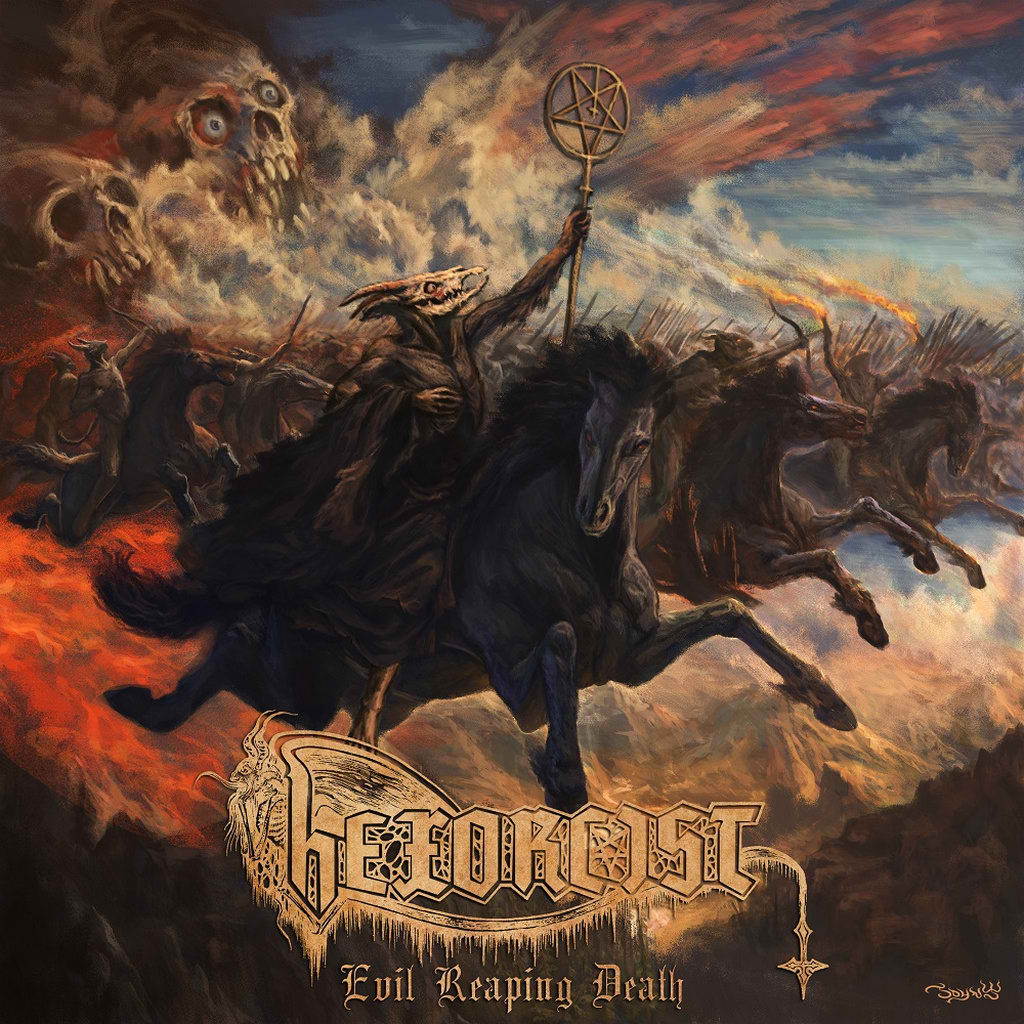 Ancient Metal of Death!!! Hexorcist from Miami, Florida, USA, just delivered some tasty evil reaping death metal which should please fans from the early hour of the genre. 9 original tracks and 1 Devastator cover show the muscle pumping iron these guys are lifting, in a furious chaotic manner like early Morbid Angel, Incubus, Sarcofago and the likes.

The songs vary when necessary, yet keep to be relentless fast forward with lots of tremolo picking frenzy riffing and hammering drums which don’t need to show off in terms of technicality and speed. They manage to be helpful to the song, more a guide than a leader, not producing clusterfuck sounds which become to boring while not making space for other instruments. Not the case here, thumbs up! The Devastator cover is well done and fits to the entire record.

The solos are Azaghtothian/Brunelle inspired, chaotic and ecstatic, exactly my thing. The vocals are reverb drenched but not totally. Some sort of ghastly figure which haunts you like a shadow, invisible, yet present and enchanting evil!(really cool)

The production is powerful enough to grab you by your balls and still not sounding too polished and sterile as syringes.

Minor? Maybe the missing choruses and variations of the classics? Maybe, not If you need the southamerican/Floridian fix. This is the record you will have to get in 2021! Does it slay? Sure it does!

Highlights: Denouncing the Immaculate, Unrighteous Ceremony, Praising the Most Foul