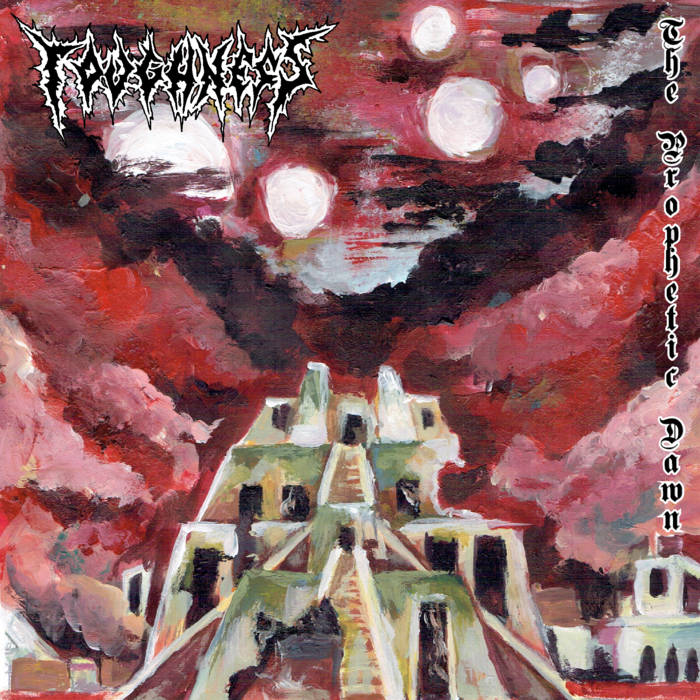 ‘The Prophetic Dawn’ is the first album of a new band from Poland, founded in 2020 by a group of young musicians who were eager to play some Old School Death Metal with a technical twist to it. After a demo, released in January 2022, the band went straight for this debut album, which got its release through the prolific Godz Ov War Productions label.

While the compositions do sound a bit shiftless and the execution is still rather messy, the musical aim of these young Poles is clear: a sort of Death Metal that would be close to bands like Suffocation and Gorguts. Most bands going into the more complex territories of Death Metal go for a rather clean and crisp sort of production/sound, whether it is a deliberate choice or the result of rather limited resources, I can not tell, but the rawer sound on ‘The Prophetic Dawn’ actually suits the band well. It manages to give it a bit of an own musical identity, a more old school feel even, and it fits with the slightly messy nature of the songs. You are being served with an impressive load of ideas and an equally amazing amount of riffs, each song shifts into various musical themes and none of the riffs last longer than only a few moments. An honourable mention should also go to the bass guitar, that dives to those progressive, almost jazzy sort of corners, listen to ‘In Perversity Premonition’ or the end of ‘Depths Of Nothingness’ for instance.

It is no shame that Toughness is not yet able to reach the levels of professionalism of genre giants like the aforementioned Suffocation or Gorguts, everything has to start somewhere. I guess that the band will need some more time to find a good balance in what they are aiming for on a musical level. Judging from the individual levels of playing, I guess that will, indeed, only be a matter of time.