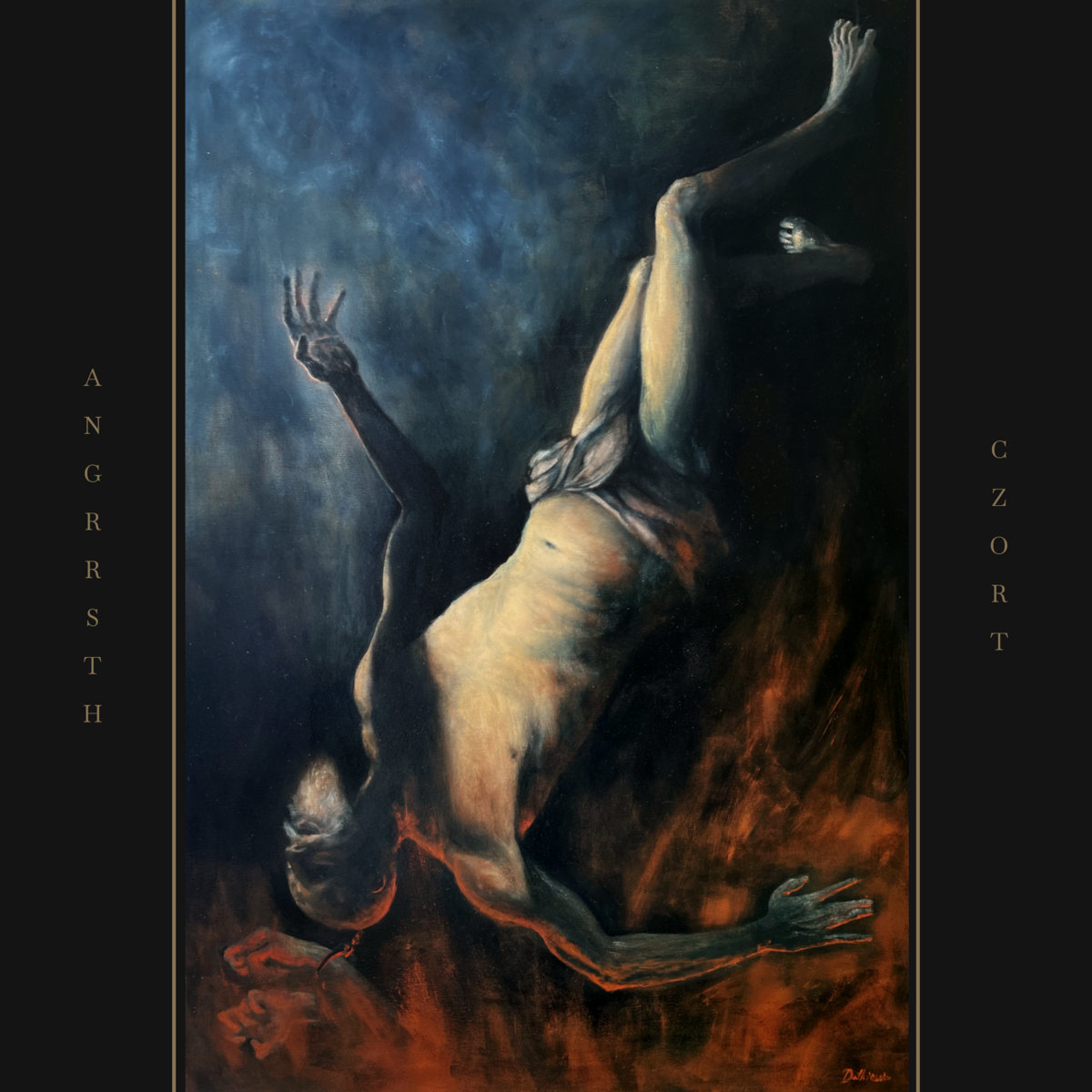 Once again through the power of eye-catching artwork I stumbled upon a split by the two Polish bands Angrrsth and Czort. I hadn’t heard of Igor Datkiewicz & WS Artworks or either of the bands before, but since the artwork is striking and the Polish Black Metal scene is fairly unique and full of interesting bands, I gladly took it upon me to dive into the discographies of both bands for the review of their split. While reviews of both bands’ most recent albums can be found elsewhere on this site, this review focusses on the ‘W Czeluść’ split release for which both bands recorded two new tracks.

The songs recorded by Angrrsth follow the path of their full-length ‘Donikąd’. Production wise, the guitar sound is a little bit more heavy, leaning even more towards Death Metal than on the debut. In addition, there seem to be some effects over the vocals, adding a certain rawness to the sound. The band still plays Black Metal with a solid Death Metal component, but emphasizes atmosphere a little bit more in both tracks. As mentioned in the review of ‘Donikąd’, the drummer Simon really adds a dimension to the band with frequent changes of rhythms and pace. The first few minutes of the opening track ‘Pętla’ are just excellent and show a clear progression from the previous material, but I can’t shake off the feeling that the eight minute song is about three minutes too long. While the vocals overall are excellent, the clean vocals towards the end aren’t my favorite either. The screams at the end carry over nicely to the second song ‘Przerwana’ though, and all my reservations with the first tracks are cast aside. There is a touch of epicness, almost nearing a Pagan Metal sound, to the track, and hopefully this is a direction that the band will focus more on, as it suits them very well.

Czort shifted to more melodic and progressive pastures of Black metal on their second album ‘Apostoł’ and I didn’t quite know what to think of that. It was a pleasant surprise to hear a faster, more Thrashy approach to ‘Źródło upadku’, the first of the Czort tracks on this split. The song doesn’t sound like a big departure from the melodic Black Metal of the previous album, but mostly seems to have been blended a bit more organically and seems to be better balanced. Part of that is a bit more variation in tempo, and a less distinct sauce of Mgła over this song. The second song ‘Ofiara’ is a bit more progressive, but as with the previous track finds a much better way to incorporate all the components, and is a positive follow-up to the stronger tracks of the previous album. It really sounds as if Czort has found how they want to move forward in their musical direction on these new tracks.

The material presented on ‘W Czeluść’ is probably some of the better work of both Angrrsth and Czort. Angrrsth offers fast and dynamic Black Metal that can be counted among their best material, and Czort sounds more focused than on their previous album, finding more balance in their melodic Black Metal style. In a country with so many unique bands these might not be the shining stars, but it’s certainly a good release that shows the depth in quality of the Polish scene.