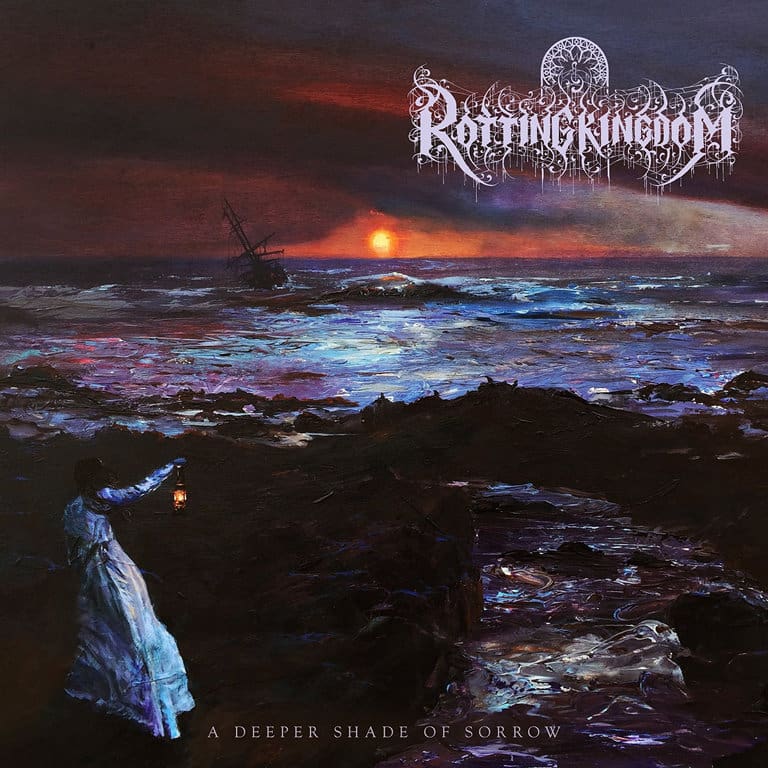 You can go ahead and safely file Rotting Kingdom in the ‘listenable band but doesn’t last all that long in the memory’ category. Lexington, Kentucky’s Doom flavoured Death Metal band have all the tools to be successful and their debut album is a solid if unspectacular start along that path. Entitled “A Deeper Shade of Sorrow”, Rotting Kingdom do produce some mournfully slow passages with guitar solos singing out their lament and chugging bass accompanying them in their sorrow. (Listen to “The Antechambers of Eternity” for a prime example) However some of their softer moments come across as clunky and their extended monolog tends to become wearisome. At other times though the band churn out decent fast paced doom similar in style to UK legends Paradise Lost although nowhere near as endearing.

Sporting powerful growled vocals, a large amount of double kick drumming and a myriad of melodic, winding riffs and harmonies, Rotting Kingdom do bring all the ingredients to the table needed to make a damn good album. However in terms of song-writing things are just bordering on the stale side which castrates any sense of interest the album might hold. I’d say the kindest thing I could say is that Rotting Kingdom’s debut foray is technically well played for the most part, well produced but far too generic to be of interest. (Heathen of the Horde)