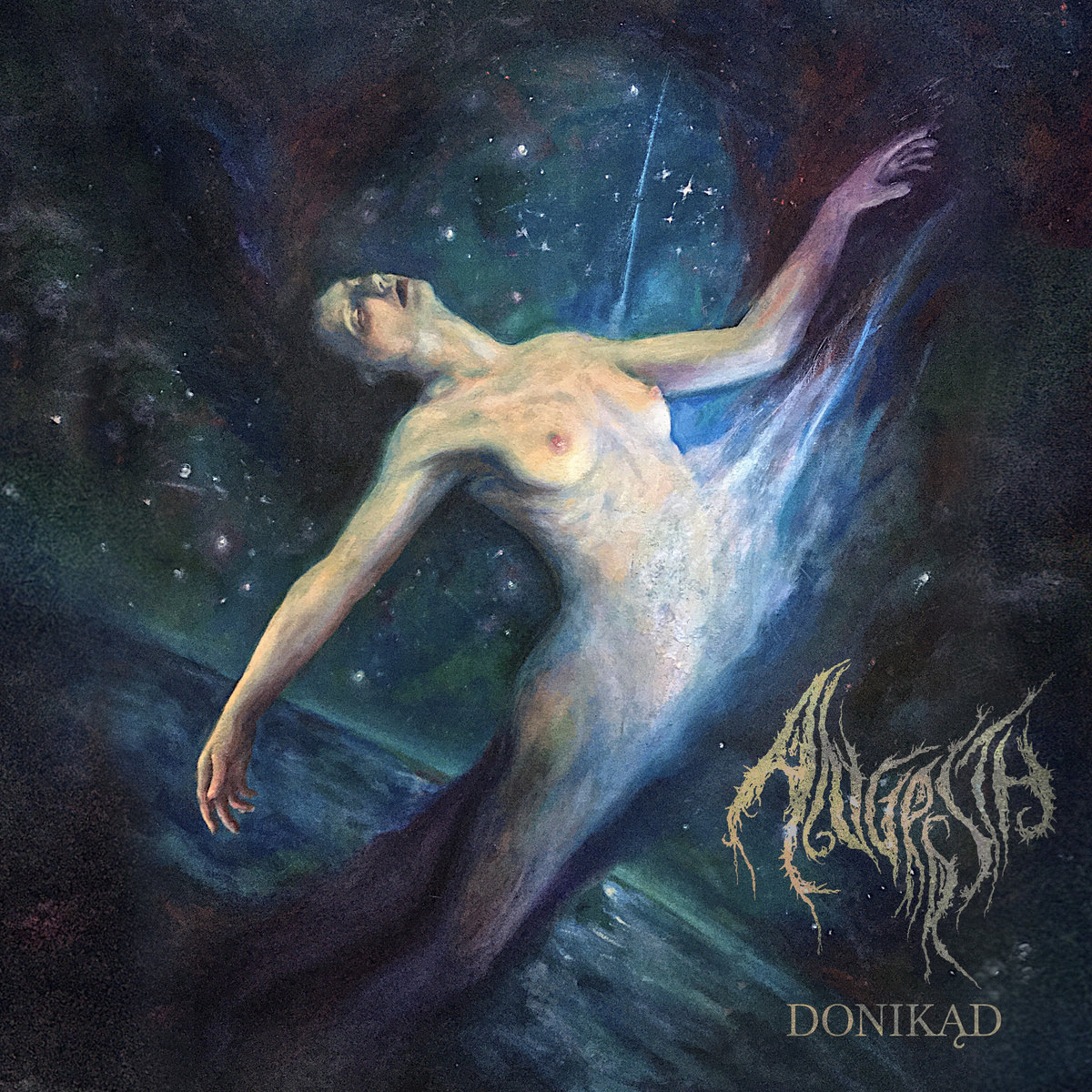 Angrrsth was formed in Toruń, Poland in 2018. After the release of an EP in their year of formation they took the next three years to work on their debut full-length. Adorned with a striking Igor Datkiewic illustration the band presents ‘Donikąd’.

The album, whose title translates to something like ‘To Nowhere’ features seven tracks and was released on CD and vinyl through the Polish label Godz ov War Productions. There are a few things that make the music on the album what you could call, something typical for the Polish scene. First of all, the level of musicianship is of high quality, with especially drummer Simon delivering a varied mix of fast blasts, sudden changes of tempo and creative fills. The bass sound is thick and audible in the clear mix, the guitar work of top-notch quality (although admittedly, it could have been a bit louder and sharper), and the vocals cover a wide range of the spectrum from screams to clean chants. Also not uncommon to bands from Poland is the healthy dose of Death Metal that’s included on top of the base mould of Black Metal. This makes overlap with for instance Behemoth at times obvious, such as in some breaks in ‘A czego tu się bać?’. It’s hard to shake off an occasional comparison with Mgła as well, mostly in the fairly focused repetition of riffs and the ability to change the dynamics on the songs through tempo and drum rhythms. Although to be fair, there is much less emphasis on the melodic leads, and instead Angrrsth focusses more on an organic band sound. At times the bands sounds more like Scandinavian Black Metal, in particular in tracks like ‘Niebiański pogrzeb’. Although mostly played at decent velocity, calm intermezzos like in ‘Niebyt zmyślony’ add some further variety and atmosphere. That particular track has an overall more epic sound, and adds a touch of melancholy through some background choirs and keyboards. A pretty good song, and one of the highlights of the album for me.

The debut album of Angrrsth is a solid piece of Polish Black Metal. It’s well-played and blends different influences without losing its Black edge. I wouldn’t call it necessarily very distinctive of groundbreaking, but ‘Donikąd’ is worth checking out for those that appreciate the Polish Black Metal scene. (VincentP)