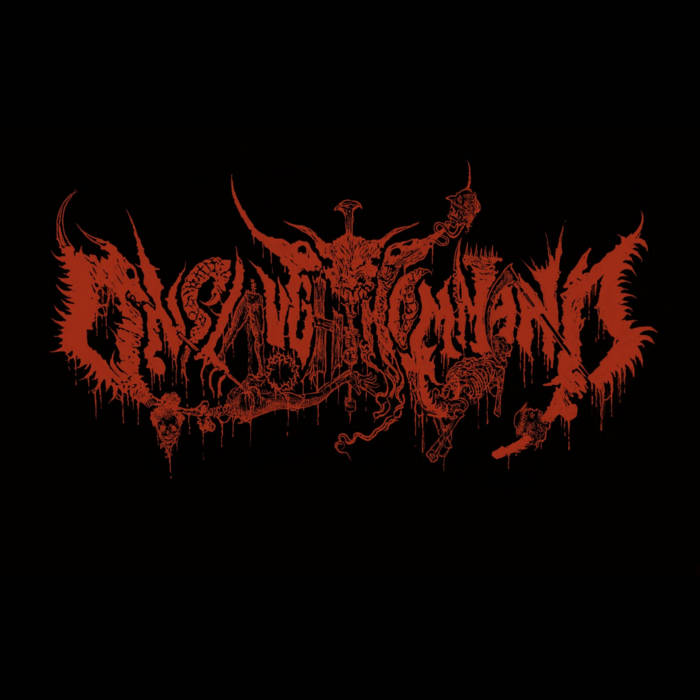 I’ve been reviewing a great deal of Black Metal coming out of Chile as of late, so Onslaught Kommand’s debut demo offering of Blackened grind and Death Metal is something of a welcome diversion. Featuring twelve minutes of lo-fi fast paced riff-age, thuggish bass play and vocals that slither maliciously as if from the gaping maw of some demonic serpent, this self-titled display of repugnant gore & perversion obsessed extremity is just what you need to be listening to if you find yourself feeling too clean and wholesome! As brutal and primitive as this demo is, tracks such as ‘Backyard of Corpses’ is extremely catchy, whilst in complete contrast to this the very next song, ‘Pervert Goat Kommand’, featuring a rampaging tirade of ferocious and chaotic drumming, prominent filthy bass play and single minded forceful riffs. Not much else to say on this other than if you like punchy, grimy Death/Grind played like it originated in a cave then Onslaught Kommand, who live up to their name extremely well by the way, are definitely the band for you. (Luke Hayhurst)