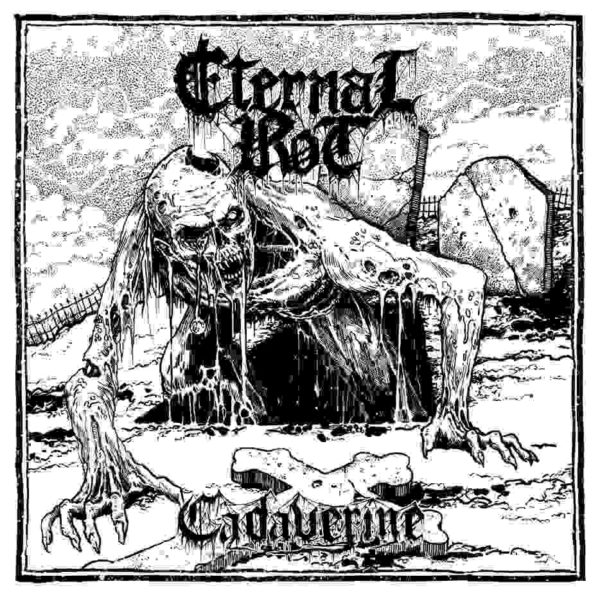 The first thing that is gonna grab you by the short and curlies about this fine collection of happiness is the fucking cover art. Holy shit, if that doesn’t convey a message of what is to come then I think it is fairly reasonable to say that you are not at all prepared for the fucking pounding you are about to receive my friend, and you should maybe retreat to your safe space, or just clean get the fuck out of my sight! Did I just say Holy shit? Well, guess what, because I am going to say it again..

Holy shitballs, holy mother of fucking God, and holy holes in your underpants Batman this is one damn HEAVY slab of coffins filled with concrete that these boys have delivered right here. If you think a thousand Rhino’s on a bender stealing steel girders, drinking lead, getting their horns filled with The Heaviest Matter of the Universe (Yes Gojira, I am looking at you), and then taking a cruise in a Battleship carrying Panzer VIII Maus (Mouse, the heaviest thing to ever grace any known battlefield) tanks is heavy, then do as I suggested before, and run away now.

Following on from their spectacularly Doom/Death/Fuckyou first demo, the aptly titled “Promo Tape 2013”,and the far more better named “Grave Grooves”, this duo of dudes that surely shit armored cars after a good feed on a Mammoth or three have obviously decided that planet crushing is a worthy cause, even if they happen to be on said planet. Four tracks of granite filled bliss, opening with “Undying Desolation”. The sound of drums beckoning you to let them in, and then the voice of some gargantuan hate filled monstrosity gargles all the hopes and dreams of humanity in it’s gaping teeth filled maw right before you. Unintelligible, spewing forth a language as old as time itself, the language of death,disease, and ultimate demise.

Every tap of the snare is another nail in your earthen tomb. Every riff a tale of woe. You should have run when you were warned, but this is somehow hypnotic, as if watching vultures circle as the dead of a thousand wars over the history of mankind itself was somehow soothing in a sickening kind of way. The great maw vomits it’s filth all over everything you have ever held dear. All is dead, all is rotting, Death has manifested itself not in the kindly form of the Grim Reaper that we all know, but in the shape of an endless mind destroying black hole of every fear you have ever known.

I won’t mention any other tracks. If my explanation alone has not led you to fall into the pit of despair and ruin that these two elephant eating, Thor hammer picker upping bastards that quite obviously use the Eiffel Tower as a fucking toothpick chaps have created then may the worlds biggest Condor do a giant turd upon your window whilst swallowing several bluebirds of happiness. Yes, my flow on sentences in this one are atrocious, and my colleague and mentor of sorts Hayduke X will be very upset with me. Alas, I am quite enthused with this release in case you hadn’t noticed, so I will take his advice again at a later date, and try to do better as I always value his opinion most highly. On this one, I will simply say the sheer weight of it all got me down in the best way possible. Crushing, smothering, relentless from start to finish. This is not groundbreaking music at all, but the delivery will certainly make the earth shake around you. What’s not to like. FUCK YES!