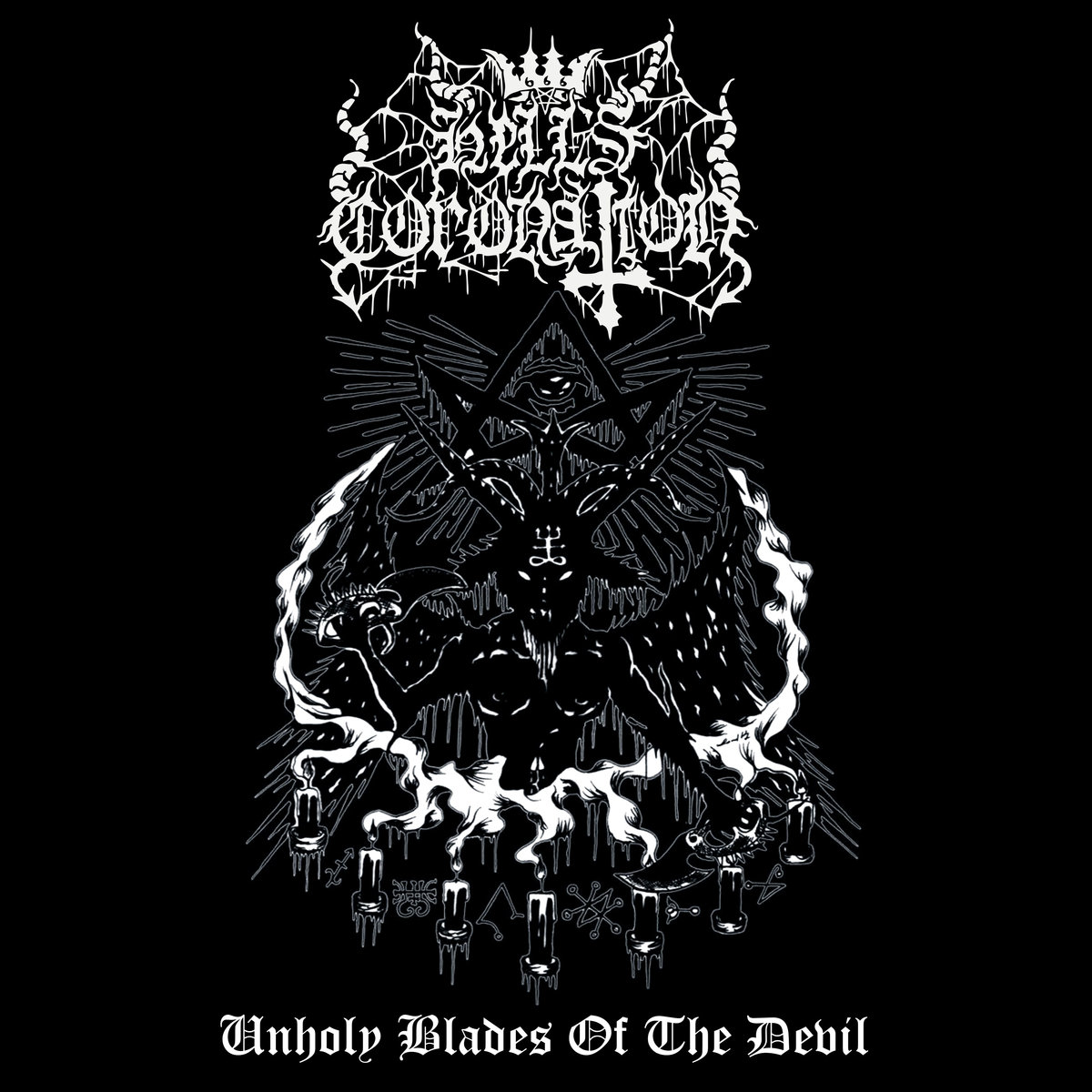 For those of you keeping score, yesterday I reviewed the 2019 debut album by Pomeranian duo Hell’s Coronation. Today I bring you the prequel, the bands 2018 EP entitled ‘Unholy Blades of the Devil’, which just like the album a year later is also put out through Godz ov War Productions and Black Death Productions.

I mentioned in my album review that Hell’s Coronation have an almost metronomic Black/Doom Metal sound and the same was true the previous year, though the EP has a far grittier edge to it, and despite the slow pace throughout I’d say the Doom Metal influence is more minimal on the EP. Following on from an almost pornographic dark melodic intro, the hate fuelled ‘Temple of Wickedness’ firmly sets the tone through haunting harmonic atmospherics contrasted by deeply rhythmic grim sounding guitar tones, pulsing bass leads and deep, almost cavernous sounding drum tones, and all topped off by a scorching vocal display that verges at times on the demonic, and during ‘Descent into the Depths of Unspeakable Evil’ descends further into madness with a most ravenous approach.

I nearly did a double take as ‘Satanic Sceptre’ kicked in as for the first time since I started listening to Hell’s Coronation we get a pace change, and its glorious. Catchy, punk influenced simplified beats and bass tones mesh with intoxicating riffs to give this EP a whole new dynamic. It isn’t hard to see why the bands debut album a year later would be so entertaining. All of the foundations had already been laid by this epic sounding EP release. (Marksson)