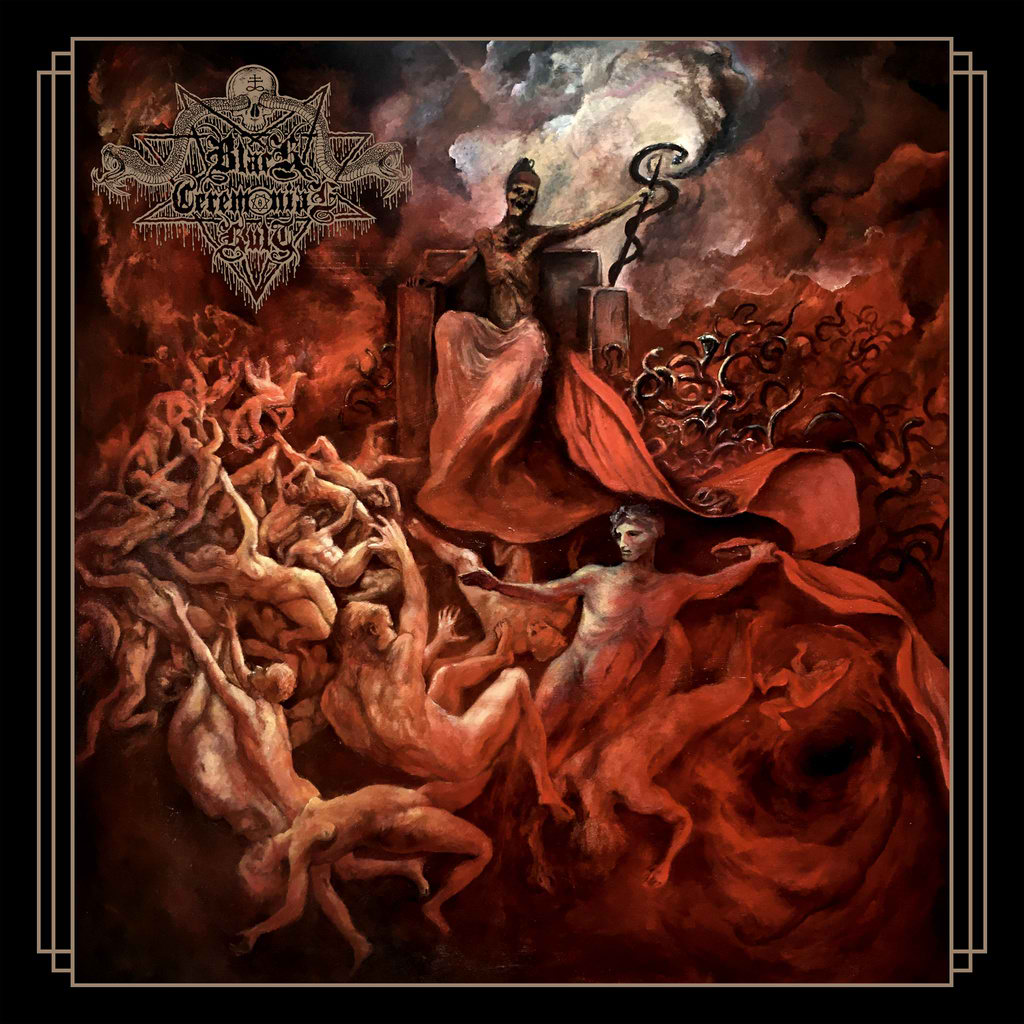 Black Ceremonial Kult plagued us with the release of their 2021 EP “Crowned in Chaos”, and I mean that in the best way possible. Right from the opening ominous and haunting intro track you are instantly hit with dark and gritty atmosphere that only intensifies as this hidden gem rolls on. “Inrto: Blood in the Secret Chambers of Ikenti” first rolls in with a very bleak and eerie almost tribal trance like horror of Khaos’ deep and vile vocals. A slow ritualistic beat blended with the guttural chanting of Khaos will slowly pull you in before the 2nd track kicks up the intensity and pummels you into submission.

What can you expect from “Crowned in Chaos”? The tracks are split into a couple different styles really, you have some slow dark atmospheric vocal performances border lining on ritualistic chants, and the rest are brutal, dissonant pounding Blackened Death Metal excretions. Where this EP truly shines for me is in “Under the Khaos” the fourth track on this release. Blasting drums give a strong base for the buzz saw style guitars to build off of. With that, do not expect just cookie cutter basic noise from the guitar work from Vilu here, what you will get is some very well written riffs that show hints of Old School Death Metal as well as that dissonant Second Wave of Black Metal influence.

The vocals from Khaos sit farther back in the mix than what you would expect from this genre, however I find this really works well to add to the overall dark atmosphere of this release. The vocals are blended back into the mix and become almost instrumental in their own way. A dark guttural and almost ethereal vocal performance throughout this EP gives it another level of dark and vile vibes. This group from Chile has found a good recipe for some serious chaotic Blackened Death that is chocked full of cavernous atmosphere, catchy guitar lines and some very dark and unsettling vocals that allow “Crowned in Chaos” to pay homage to many Chilean Black and Death Metal bands that have come before, while also adding their own stamp to their sound that will have me coming back for more.

If you are into filthy and chaotic Blackened Death, then go give this one a listen. (Azag Galla)