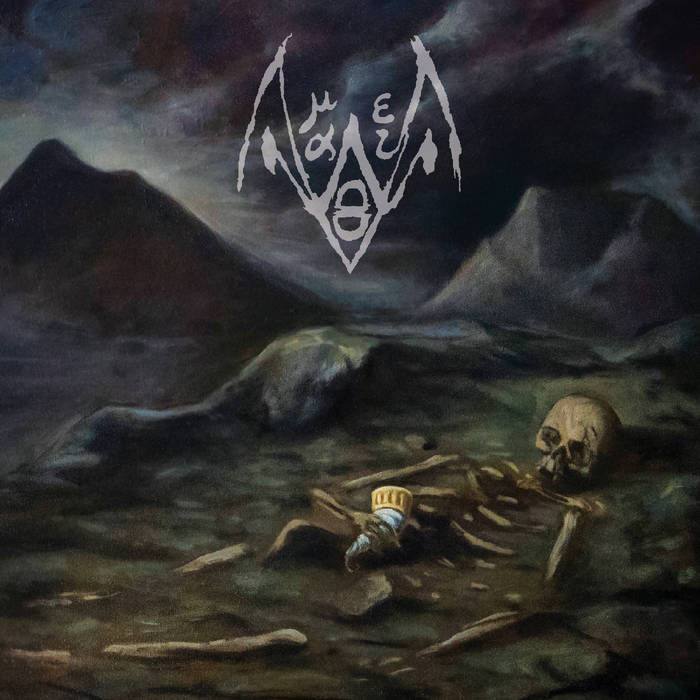 In Greek mythology, Amaltheia is the most often referred to foster-mother of the God Zeus, and now in 2022 it is also the name of a Black Metal band than spans both Greece and the United Kingdom. Godz ov War Productions have released this Anglo/Hellenic debut opus on both CD and cassette and it comes adorned by appealing artwork created in muted tones.

I found that the more I listen to this self titled offering, the more it revealed to me on each spin. What is instantly striking about the album is its methodical approach to Black Metal, even at times of heavier, more gruelling brutality. This is a band who always feel in complete control of their sound.

Through a demanding combination of an oppressive drumming display, sturdy bass tones and an aggressive, bleak style in the guitar leads, Amaltheia produce a concentrated and profoundly gloomy sounding album; one whose severity and punishing nature is tempered only slightly by bouts of moody, melodic melancholy.

A word now for the lead vocals of Iconochasm whose gritty, direct style meshes superbly with the overall ambiance of the album. He flicks between crawling, cloying and almost serpentine malice, and devastating power at will. If I had to choose a favourite track from this opus I’d plump for penultimate track ‘Fall’, though it is rather difficult to pick between these six equally high quality tracks. However, ‘Fall’ offers up far more brooding melodic interludes, as well as some impressive bass leads, whilst also dishing out plenty of thoroughbred bleak hostility that Amaltheia creates oh so well.

A very impressive and engaging debut album from this dual nationality Black Metal collaboration; one that I hope will furnish us with more to savour very soon!