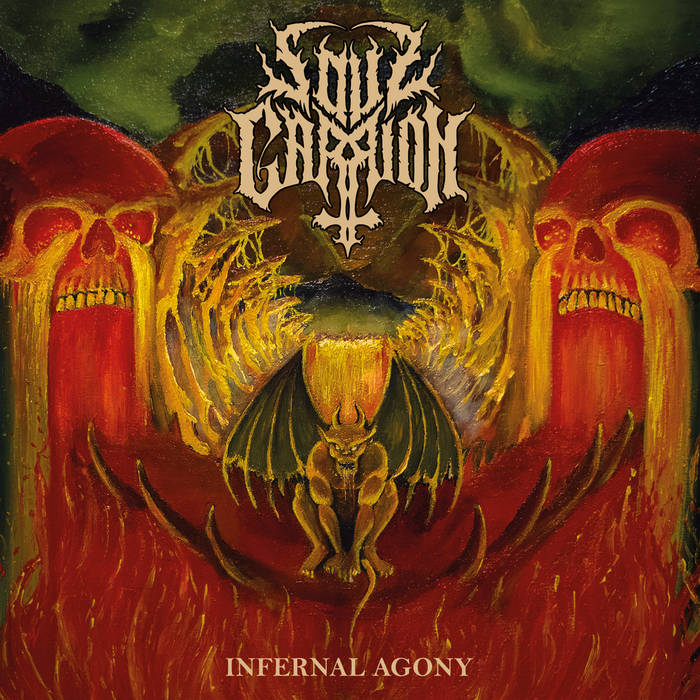 The debut album from a Polish duo who aren’t affiliated with any other act, or at least what we known of, and received help from a guest vocalist to complete their deadly hymns.

“Infernal Agony” is presented as a mixture of the 90s Floridian scene and the Scandinavian one, which is a description that fits the Death Metal played by Soulcarrion quite well. Although the Scandinavian scene is mentioned, you shouldn’t think of the infamous sound but more the fast brutal riffs of acts like Cut Up or Panzerchrist, while the Floridian scene is quite there with the flying leads and chopping riffs.

This is not a bad album at all, but I do wonder how “Infernal Agony” would have sound like with a drummer of blood and flesh. (Ricardo)