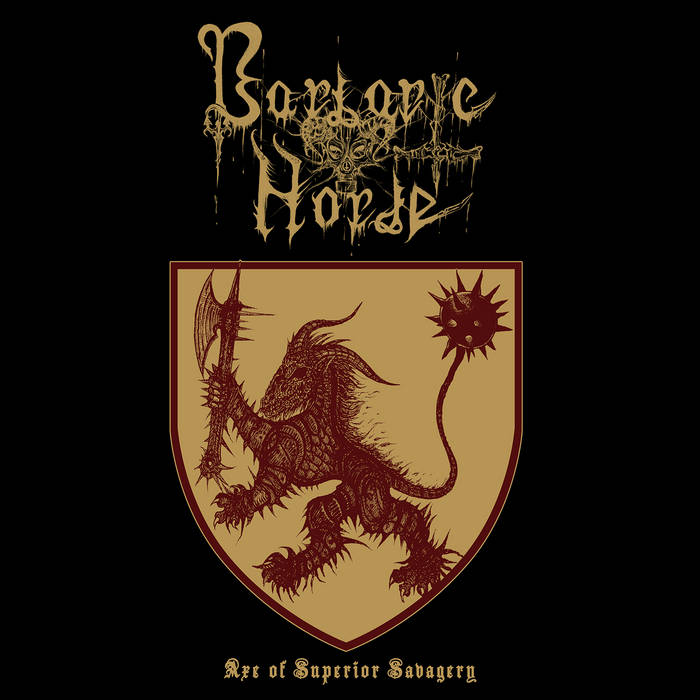 I have always considered Black Metal to be the most extreme fringe of Heavy Metal. Given its diversity and ability to adapt, grow and evolve in several directions, it has proven that there are no limits to its musical extremism.

Bestial War Black Metal, the name was given to Blasphemy and Sarcófago in its early days. Its dirty, raw and filthy approach to Black Metal, was an expression of Hate and Destruktion. A tremendous hate towards the Catholic Church – and religion in general – started out as the catalyst of said genre – isn’t it still?!

But… world, the year is 2020 and the band is Barbaric Horde. The 8th of June brought to light the follow up to 2017’s Demo “Tainted Impurity”, and what a return it is. Still unknown, the duo persists in instigating the listener with waves of the rawest Black Metal you can imagine! It is straight forward Black Fucking Metal, ladies and gents. Now and then you get a glimpse of melody, a release from the barbaric struggle the band has put us through. “Venomous Infernal Carnage” shows the band letting go, just a little, of its rage and anger, to give fragments of a calmer vision of the end of days. 8 tracks of pure Hate and Destruktion. (Daniel Utopia Platafórmica)