Funeralopolis – …of Deceit and Utter Madness 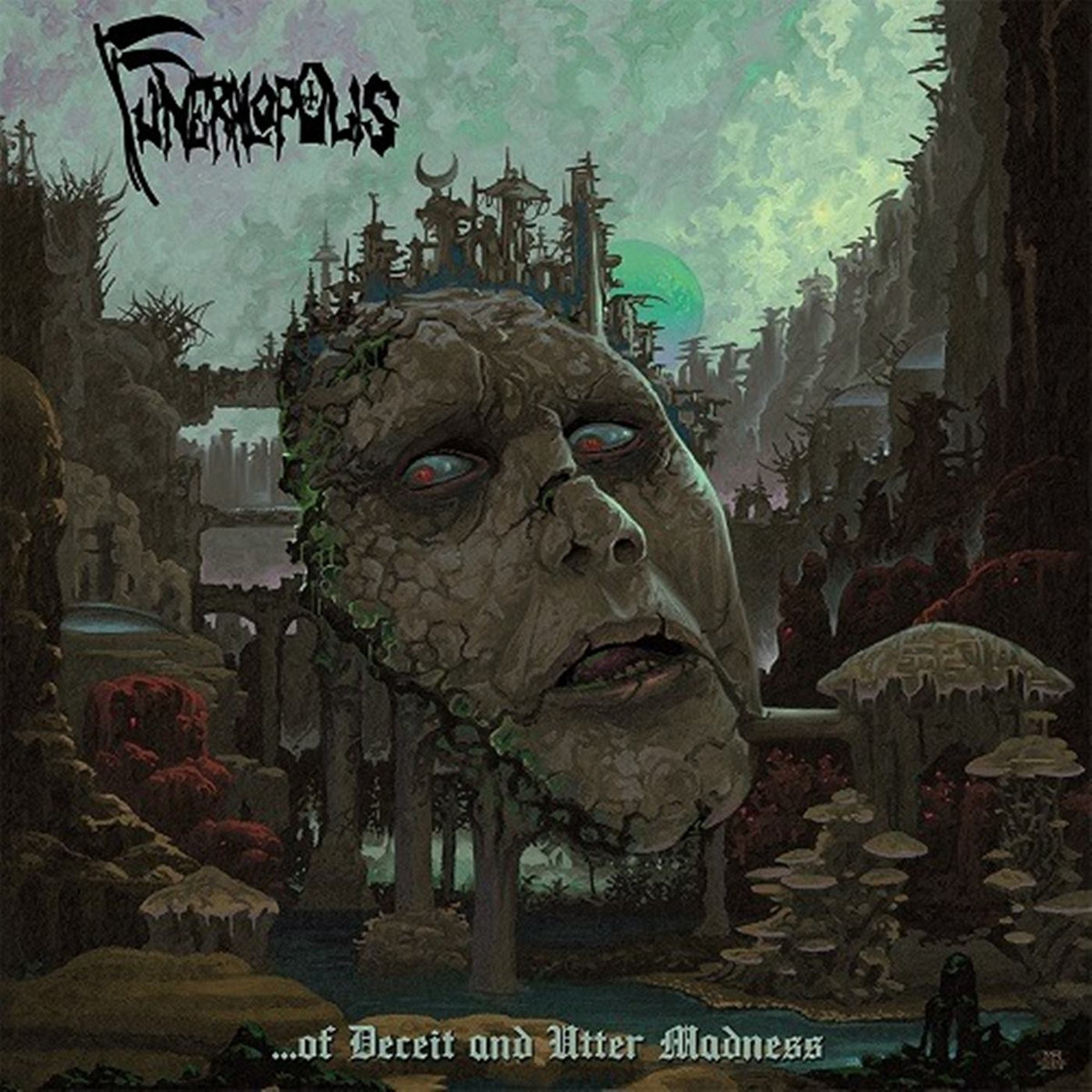 Switzerland’s scene is quite active recently release all kind of good to excellent releases, be it Death, Black, Thrash, Heavy or Doom Metal (amongst others).

The first being a very prominent one during the last years all around the world and tons of quality records have been put out which sets the bar high and makes it really difficult to stand out to the masses of bands and releases.

What can Funeralopolis offer to the extreme metal fanatics?

Acting under this moniker since 11 years, having released 1 demo (2010), 1 EP (2013) and 2 compilations (2016/2019), their slower pace of putting out records works to their favour, since the quality and intentions were always high. No matter of trends, they found their sound quite fast and worked more on refining their sound than changing to much. The bandname wasn’t chosen by accident. The doomy element is strongly present and is a trademark of the bands sound. It’s ugly, it’s raw, it’s madness inspired by Lovecraftian horrors, occult rituals and demonic powers.

The breaks and breakdown from fast to slow feel alien sometimes because old fashioned but effective. The fast sections stimulate the reptilian brain perfectly to active the neck muscles for violent headbanging.

Production wise everything is drenched in reverb what work in their favour as well. It’s raw, dirty but still distinguishable. Doomy Death Metal the way it was meant to be. No gimmicks, no clean toilets, just putrid, nasty, gory and violent fun.

If you want old fashioned, punkish induced Doom/Death, this is for you. Modern metal maniacs go elsewhere. For the wicked. (DPF)