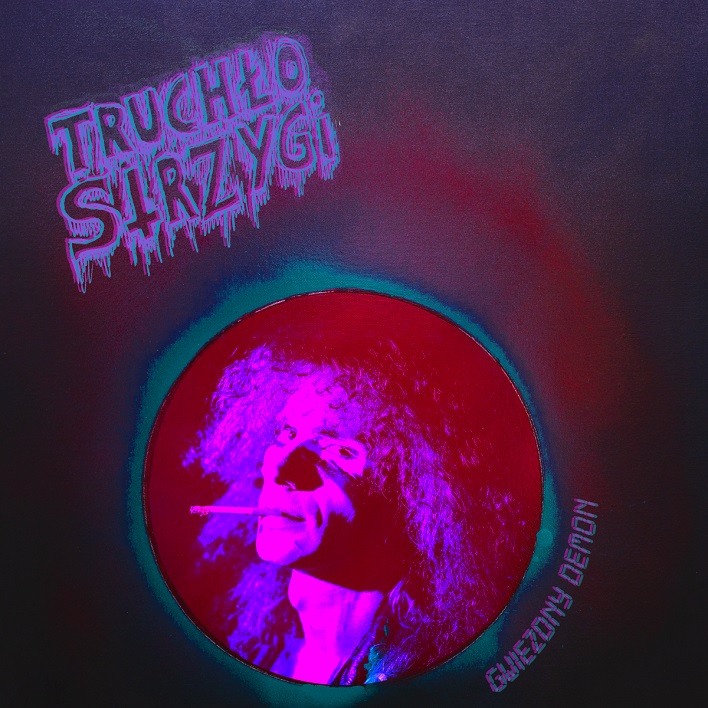 When it comes to the overall metal music ‘scene’, a vast majority of bands tend to take themselves way too seriously, which has a severe (mostly negative) impact on their music. Very few acts are making music that could be considered ‘fun’ these days… and that’s where Polish band Truchlo Strzygi comes in.

They presented themselves to the world four years ago ‘Pora Umierać’ (even though they released two demos and a live video before it, very few have heard about them before the debut) and even though their image included gas masks and other war (and 80’s Heavy Metal) paraphernalia, their music immediately made it clear there’s a strong intention of having fun with it. With their sophomore, “Gwiezdny Demon” they upped their creativity even more, without losing any of the fun in it. Their energetic combination of Black Metal, Thrash Metal and Punk, while occasionally mixing in even more of their influences.

The band could definitely stand beside Hellhammer and Venom with the strong 80’s Heavy Metal influence they absorbed – from the mood that is set in the opening song ‘ Strumień świadomości’, the guitar sound and even up to occasional gang singing, while at the same time standing at Celtic Frost and Mayhem’ elbow, especially when it comes to guitar tone and vocal delivery. Vocals are extremely varied, going from the spastic screaming and yelling to growls and finally to very nice clean singing.

In today’s world, a lot of bands are trying to combine Black Metal and Punk, but a lot of them fail miserably. Combining two genres from different sides of the musical spectrum is difficult on its own, without trying to mix the modern take on the old sound, while the whole mixture is not sounding forced. But with Truchlo Strzygi it became obvious it can be done right and still having fun with it. (Black Mary)