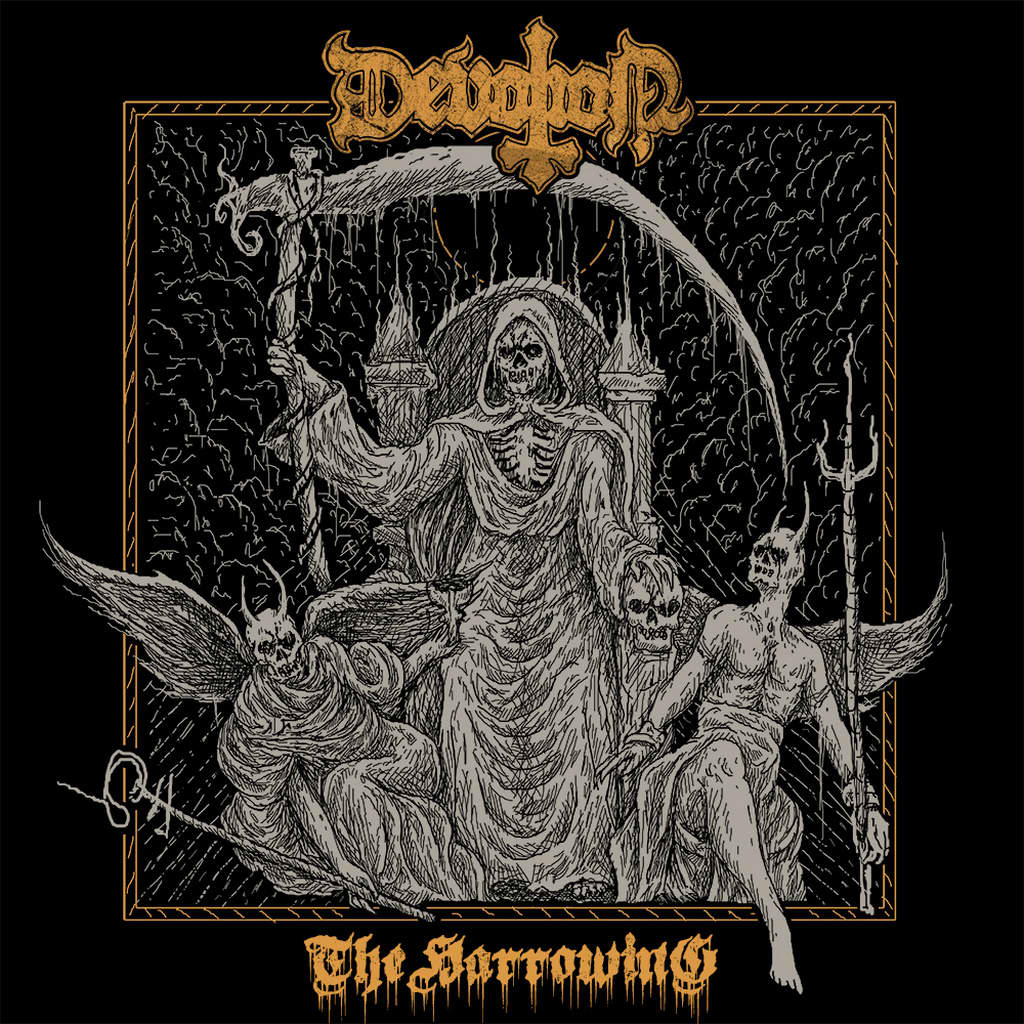 Something that calls a lot of attention in this Valencian quintet, is the work on themselves, they have been forging their identity. “The harrowing” is a release that advances on itself, although it recovers some fundamentals of its 2016 predecessor entitled “Necrophiliac Cults”.

The structure of the songs and their atmosphere are sculpted differently. While on the band’s first full-length on some tracks the keyboard set the transition to more timeless riffs; on “The Harrowing”, keyboard’s appearances are more dynamic which fits very nice when interspersed with the hammering of the guitars, and throughout tracks like “Valley of Death” or “Birth of Horror” memorable riffs are offered.

Rather than highlighting the contrasts between the two albums, I would like to focus on the recently released album, because it is remarkable how versatile their performance is.  Throughout the entire release, they play passages that evoke classic moments from bands like Bolt Thrower, Demigod, Grave, Entombed, to name a few. Devotion’s work evidences the band’s ability to innovate without transgressing the limit of emulation.

Something I really enjoyed in “Valley of Death” is the way the main riff guides the song, reminding of interesting passages from Bolt Thrower’s “Mercenary” or “War Master”, although without overdoing it, as their solos are a bit cleaner. It’s phenomenal how the drums and bass don’t stop gurgling at any moment, and the vocals are nicely coupled with this kind of cadence.

Surprisingly, in “Birth of Horror” the brutality breaks through the dense veil of the track that precedes it. The distortion of the guitar and the vigor of the drums made me think of Nordic legends like Entombed or Grave, however, this momentum meets passages dug by the keyboard that lead to close the song through a ceremonious path.

Without a doubt, “The Harrowing” is a release that underlines the evolution of the band’s sound, and consolidates them as an example of how powerful the current generation of Spanish Death Metal bands is. In the decade that has just begun, we will have to pay attention to how Devotion continues to evolve alongside bands like Intolerance, Spectrum Mortis, Ataraxy, and even Leprophiliac. (Alex G.J.)