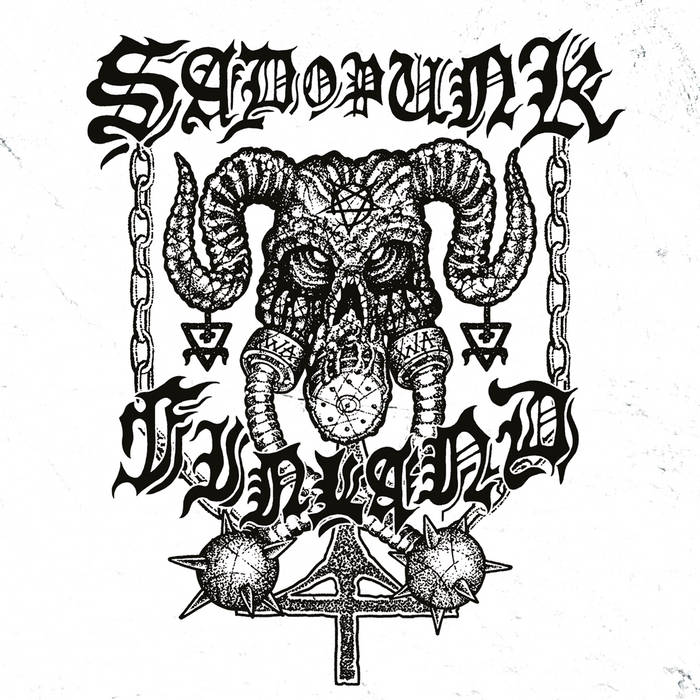 With ‘Sadopunk Finland’, the Finnish (d’oh) Wömit Angel, which was formed in 2010, already delivers their fifth album. So although the band already has a reasonable track record, they haven’t really succeeded yet in making a name for themselves in the underground scene with their mix between Black/Thrash Metal and Street Punk. The question is whether that was something they were set out to do with their high ‘Let’s Fucking Die’-aesthetics anyway.

For those not yet familiar with the band: what you see is what you get. The band name (including the iconic ö), the title of the album, the artist names (such as ‘W. Horepreacher’ and ‘Atomic Torment’) and the band photos with the trio wearing bullet belts and gas masks leave very little to the imagination. The nine songs shoot by at a rapid pace and after just over half an hour everything is over. It is clear that this is a direct homage to The Finnish Unholiness, but Wömit Angel actually sounds most interesting on the last track ‘The Grey Mother’ which contains the first strophes of the poem of the same name by the Scottish poet and Minister of Glasgow Cathedral, Lauchlan MacLean Watt. In this song the band backs off from the primitive nature of the other songs and leans mainly on a good Black Metal melody.

In fact, this is just the little bastard brother of Impaled Nazarene; nothing more, but a most obviously a little less instead. Little uplifting, but reasonably entertaining.