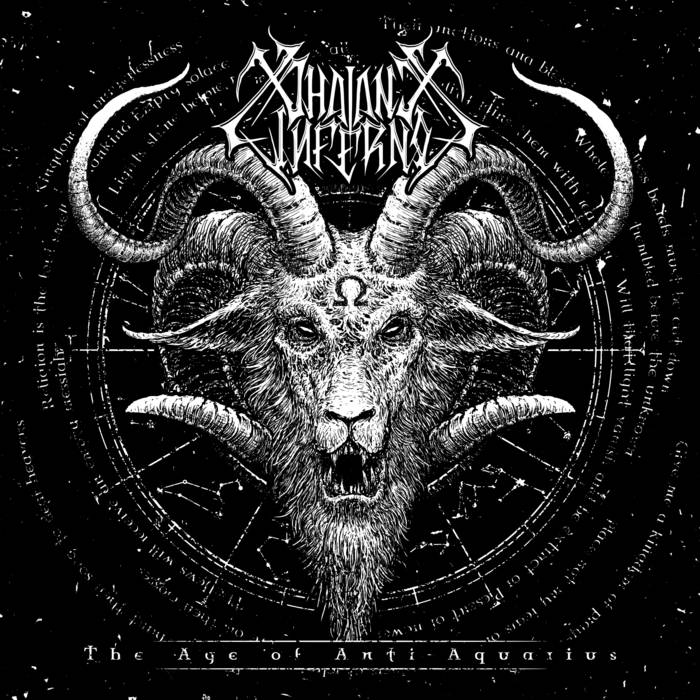 Phalanx Inferno, a Florida based Black/Death Metal band (If I am not mistaken) was newly signed by Godz ov War Productions which released great stuff the past years. After listening to the first track I knew I got to check the entire release and here we are. “The Age of Anti-Aquarius” seems to be the first release and is an EP. 5 tracks of blackened Death Metal, 1 being an instrumental and 1 “Jewel Throne” by the legendary Celtic Frost.

First: Killer production, they did a great job keeping the old school/atmospheric part of cult releases without losing the punch and having all buried into too much rawness.

Second: The EP starts with a short organ intro before some Morbid Angel like blasting and riffing kicks in, and here they got me already. “Kingdom of Praylessness” is a dark tune, with alternating speed sections as well as groovy headbanging moments, Trey Azagthoth-like chaotic soloing included, my favourite track on the EP. On the following tracks the band shows of a wide range of ideas and possibilities/influences, having some Disma/Incantation or some war metal induced vibes here and there, even writing an instrumental on its own, which works very well, sometimes almost Cannibal Corpse (“From Skin to Liquid”) or Incantation like. Not to forget the Obituary vibes on “ Multiple Hidden Genocides ” before the Diocletian/Revenge hammer strikes down, those riffs! Killer Celtic Frost cover as well.

Great and promising start, Phalanx Inferno show a wide range and seems to have everything to become a killer Death Metal primus. Let’s see where the travel is leading. (DPF)