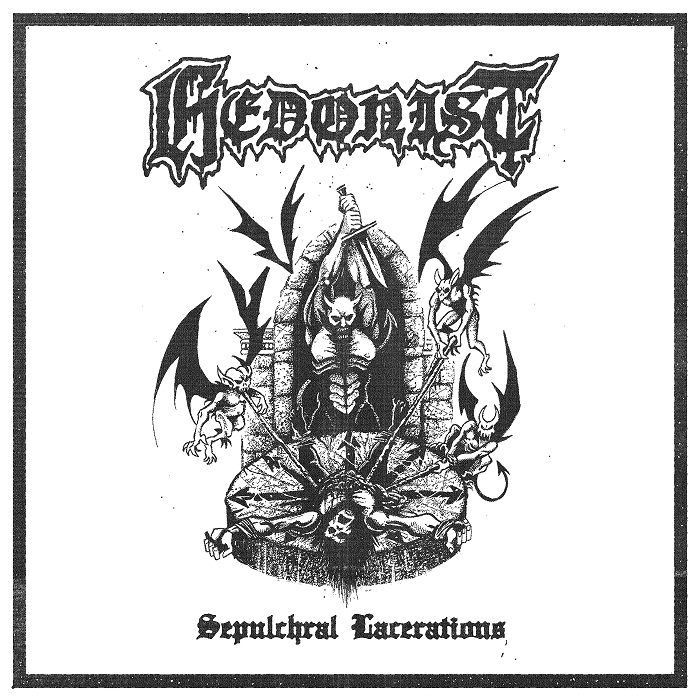 ‘Sepulchral Lacerations’ is made up of six tracks and feels like controlled chaos. Blisteringly powerful drumming forms the core of the bands sound and moves the demo along at a sickeningly fast pace, all the while thick rumbling bass tones and even the odd bass solo add a thick, molasses type vibe to the atmospherics. Those atmospherics are already pretty dark and swampy through the demo’s cavernous production and gripping, rampaging guitar leads, and we’ve not even touched upon the bone crumbling growling from vocalist/bassist AJ yet.

This is a simple, uncompromising bout of straight up Death Metal with more than a little Bolt Thrower influence about it. For a stand out track, ‘Cephalic Rot’ is pure power and energy, slightly slower than the previous tracks but maliciously vicious drumming which creates a cacophony of bombastic noise, and with satisfyingly dark guitar leads throughout.