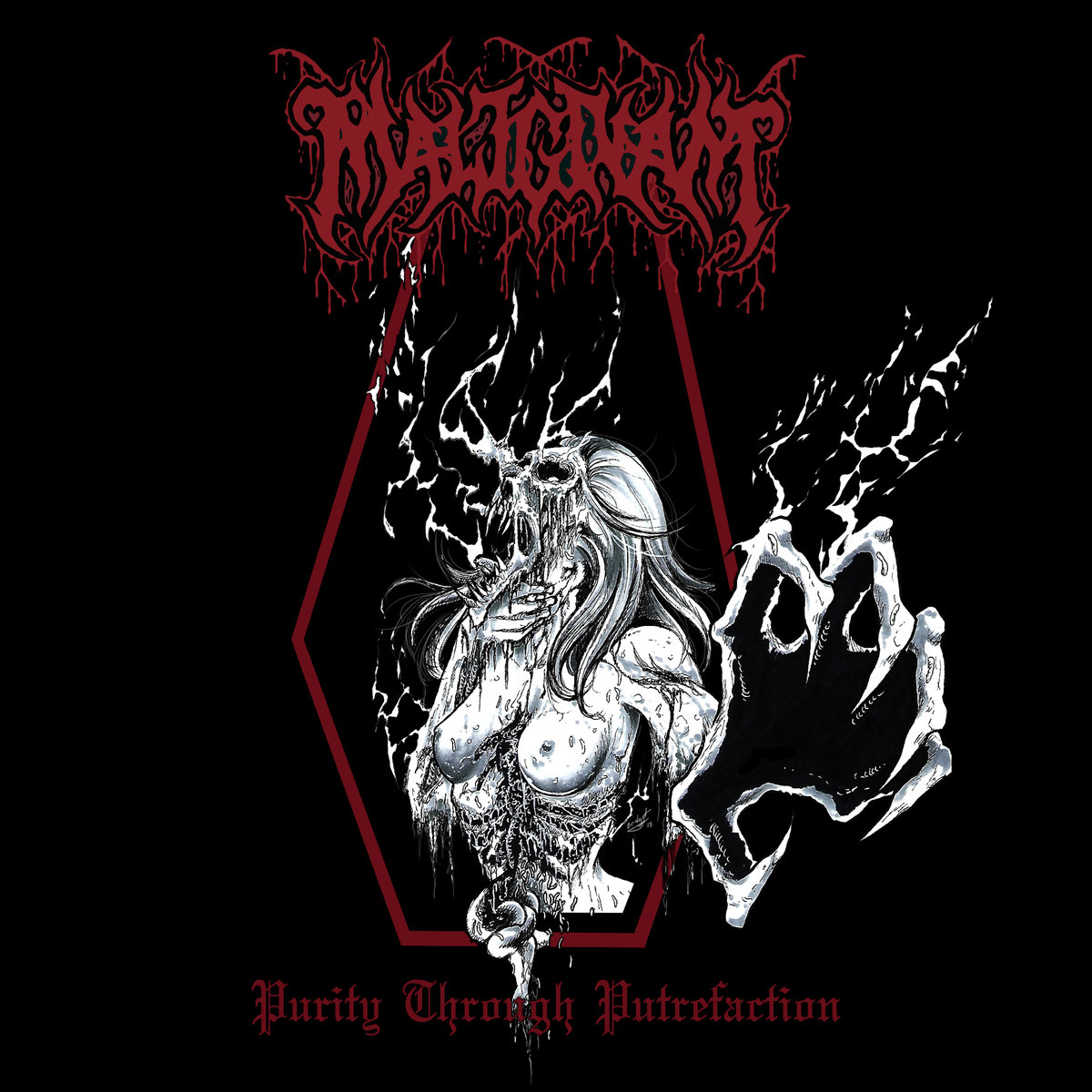 Sure, not the first Malignant walkin’ around on the globe, but unholyfuckindamnedwhereismybeer these guys know who to play end 1980s / early 1990s Death Metal!

Malignant just manages to grab the good stuff from early Death, Autopsy, early Cancer, Benediction, everything Scott Burns greeted in his studio during that period of time, early Convulse…it is a stroll down memory lane. Just two examples during the track “Forced Asphyxiation”; you will hear the drum pattern of Carcass’ “Corporal Jigsore Quandary” as well as the vocal pattern of Deicide’s Glen Benton during “Holy Deception” of the “Legion” album. I know I’m a bit late at the party, but this is some quality Old School Death Metal and I bet you haven’t heard the last of Malignant from Southern California yet. (Ricardo)