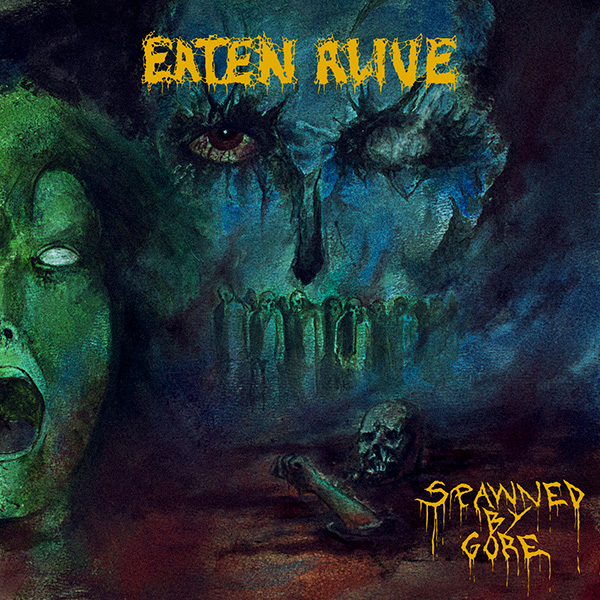 Death Metal drenched in the cult of horror, with lovely hymns titled as “Mangled in the Morgue”, “Ripped to Shreds” and “Necrotic Remains”, accompanied by bits of gore movie flicks. Don’t say you hear this for the first time…

Eaten Alive from Chile had a flying start in the beginning of their existence, releasing 3 demos, an EP and a split with Putrid Yell between 2012 and 2014, but being silent became their next move after that. With “Spawned by Gore” you will get a debut album filled with gore drenched mostly mid-tempo Old School Death Metal that has been vomited by Autopsy and Necrophagia.