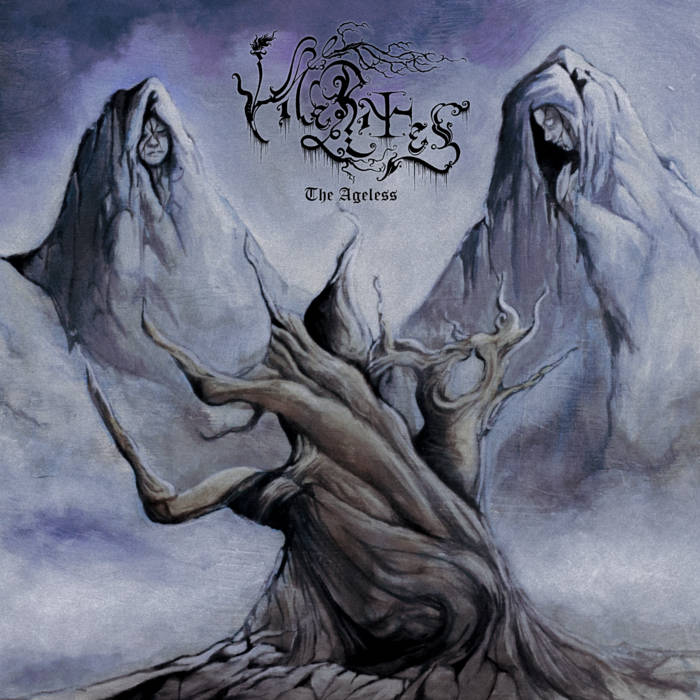 At the beginning of the year, the recently formed band Vile Rites from Santa Rosa, California, USA, released their first EP with ‘The Ageless’. Graced with some nice artwork it grabbed my attention through one of Spotify’s many inscrutable algorithms, but musically it offers some intriguing Death Metal.

Looking at the line-up I recognized Stephan Coon from the progressive Thrash outfit Vektor, but other than that, the band was completely new to me. Yet, none of them are rookies, that’s for sure. They are able to pull off some very interesting and highly intricate Death Metal that has a certain Cynic/Gorguts-vibe going on. Vile Rites are much more brutal and much less spacey than Cynic, but every now and then they throw in some of those quirky melodies and ultra-fast leads and especially Coon’s bass-lines do remind me of some of Cynics better works. The brutality and Death Metal basis prevents them from going in all too weird places, it definitely keeps them firmly in the Death Metal territories. Still, listening to a song like ‘Spectre Of Forgotten Light’ will definitely bring some jazzy and psychedelic/progressive Cynic or even ‘Sound Of Perseverance’-era Death to mind.

The dynamics in pace and riffery, makes this nearly 25-minutes clocking EP quite a stunning listen, especially considering this is only the band’s first feat. It might take a few spins to fully wrap your head around, but the invested effort will definitely pay off. For those who are interested: the CD version was released by Desert Wastelands Records, a cassette tape version was put out by the band themselves.