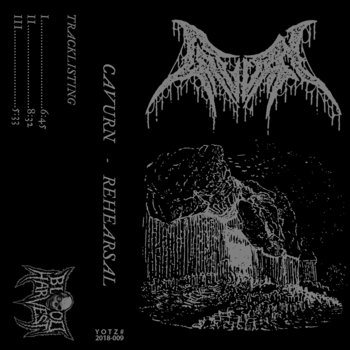 A fairly new band among us as Cavurn from the US has its existence made public in 2017. With quite unknown individuals in front of the recording equipment, the heavy Death/Doom has a dreadful atmosphere and sounds experienced, which gives the listener the confusing idea we’re dealing with some veterans of the horrific Death/Doom scene. Nevertheless you will get 3 songs of mostly mold-paced without keyboards Death/Doom in the vein of Disma, Winter and Swallowed from these newcomers. Caveman Death/Doom Metal recorded in the murky depths of subconsciousness…yes, I find it quite suiting. (Ricardo)