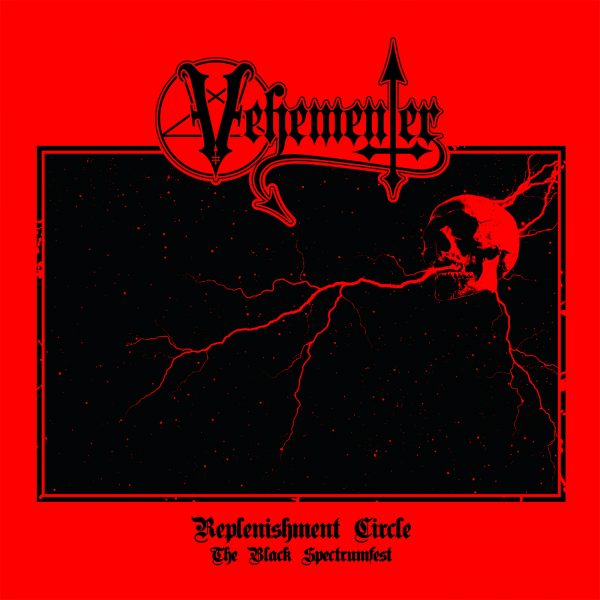 Blackened thrash metal, or thrash metal with a black metal voice, I still can’t figure it out…but it’s a no brainer that the EP titled “Replenishment Circle (The Black Spectrumfest)’ has the needed aspects in their sound to attracted both the thrash as the black metal fanbase, especially from the era 80’s, begin 90’s. Four tracks have been released on this vinyl-version, and after digging for more information it seems that this EP already was released in 2014, but only on cassette…so for people who live in the 20th century and already thrown their cassette deck on the dump, you have to bring out your turntable to listen to this one.  Raw and unpolished, very decent and to the point, that’s what founder and only member  Ferreus the Adversor from Serbia has created. Okay, all instruments are recorded by him, except the drums that are apparently by the hands of someone named Zombie. A strong underground EP that unfortunately ends before it begins, but if you have the chance, and you like for example Nifelheim, don’t hesitate to give it a spin. Luckily for the new generation: you can find the entire EP on Youtube. (Fredde)