Usurper [USA] – Lords of the Permafrost 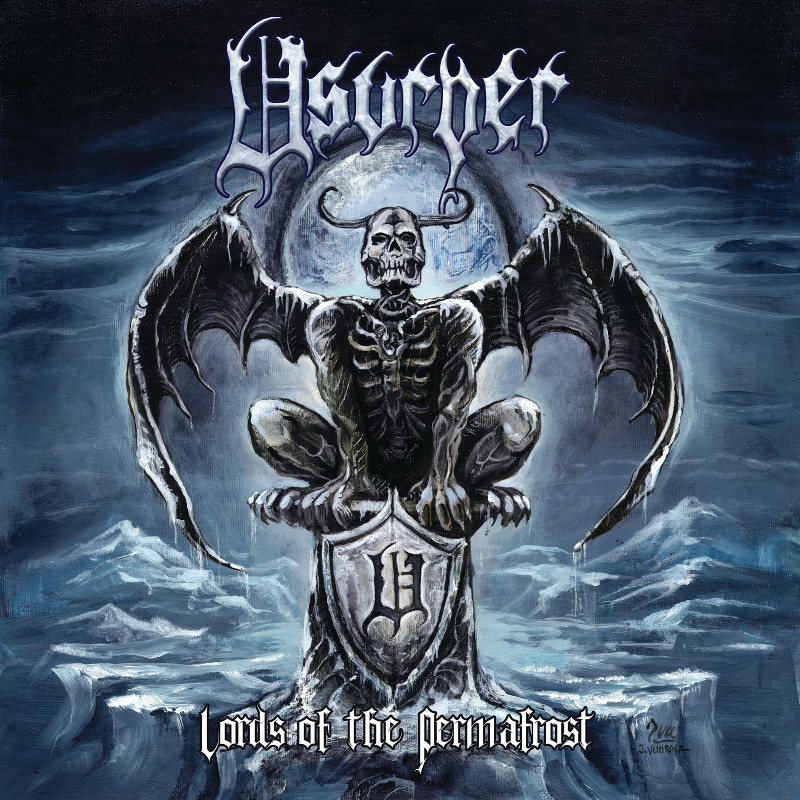 Without getting too deep, persistence is a quality often overlooked or disregarded when it comes to Heavy Metal, or life in general for that matter, as we often take for granted that a certain band is always there, releasing music as they go. Let’s face it, the life of a metal musician, or record label, is hardly the most lucrative career choice according to most career guidance counsellors and it is therefore quite amazing that so many bands continue to forge ever onward for the love of, and dedication to, heavy metal despite the inherent challenges.

Perhaps it is this dedication, possibly even outright stubbornness, that makes Usurper a prime example of such persistence given they have been in existence since the late nineties and have released just five albums over that time with their most recent being “Cryptobeast” on Earache Records in 2005. Now, after a brief hiatus and a line-up change, they have returned with their latest effort, “Lords Of The Permafrost”, and, to be completely honest, it effectively picks up where they left off all those years ago which proves to be quite reassuring (and a whole lot of fun).

Let’s face it, subtlety has never been their raison d’etre, quite the opposite, but it doesn’t have to be when Usurper are so adept at bulldozing their way through with big, burly riffs that refuse to be denied and maintain the valuable skill of mixing tempo at opportune moments throughout to provide much needed variety. “Skull Splitter” lives up to its title, proving to be the perfect opener, and from that point onward it is a master class in dark heavy metal that nods (or should that be bangs?) its head to the old school without simply focusing on the past, with a special mention of standout “Cemetery Wolf” in all its glory.

One thing that does become readily apparent is the shift from Earache to Soulseller has resulted in a more grounded, less polished, incarnation of Usurper from the cover art through to the production but this still works in their favour. I’m still not sure whether the black thrash tag is the correct way to describe what Usurper does these days, in some ways the labels description as “metal extremists” will suffice nicely as it covers the various styles (traditional, thrash, death, black) with which they have concocted this wicked amalgam of metallic wonder.

Honestly, at just over half an hour in duration my biggest issue with “Lords Of The Permafrost” is that it is over far too quickly given they have kept us waiting this long for a new album but I am prepared to forgive this transgression based upon what they have provided. Usurper are not a band for those who crave complexity, or even a hefty dose of brutality, but there is no denying that they are simply good at what they do, dark heavy metal, and you have to admire their dedication and persistence to their music, qualities that not only deserve recognition but also respect. (PeterS)