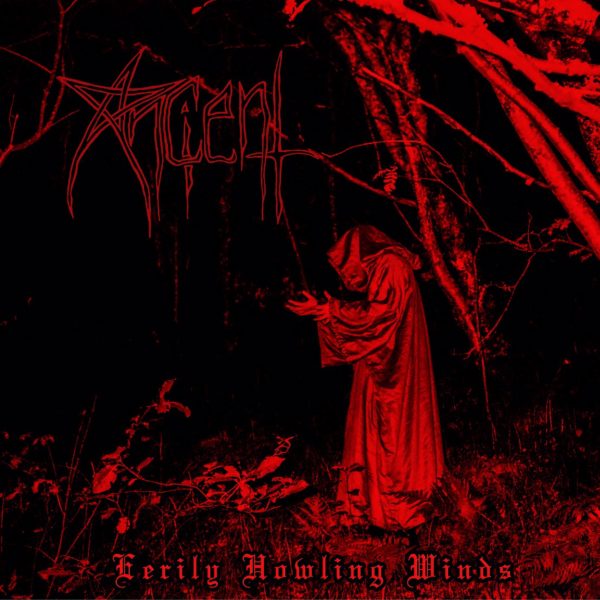 Earlier this summer, Dutch label Soulseller Records released a collection of old recordings by Ancient. A band that was hardly taken seriously in the past, at least, after their debut album. The rawer sound on that debut, ‘Svartalvheim’ (1994, Listenable Records) was swapped for a slightly more melodic and bombastic sound and Listenable was traded for the big Metal Blade Records, which was enough for many Black Metal fans to ignore the band from then on. The debut album for Metal Blade, ‘The Cainian Chronicle’ (1996), was still reasonably well-received, but after that things got progressively more difficult and an intended commercial break-through failed to materialise. In the end, Metal Blade lost their confidence and dropped the band after the release of ‘Night Visit’ in 2004. The fact that Ancient was not always noticed or given enough musical credit may also have had something to do with the image the inspired leader, Aphazel (now known as Zel), had created for himself: a crown on his head that caused a lot of hilarity, some dubious band photos, tours with misplaced bands such as the Melodic/Groovy Death Metal band Illdisposed and the rumour, confirmed or not, that he actually had short hair and was ashamed of it and therefore wore a wig…

Anyway. Meanwhile, things have changed in the current Black Metal scene. Where before you could score the vinyl editions of the Ancient records for next to nothing, not to mention the CD’s, by now all the albums have a new, beautiful done vinyl edition and the band seems to be getting some of the credit it never, or at least insufficiently, got before. It is therefore nice to see that Soulseller Records has taken the trouble to release this compilation. Although many of these songs have appeared on other compilations and reissues before, this is the first complete overview of Ancient’s pre-album work and they appear in their original form, which means they are not remastered or otherwise messed with.

What we are presented with as the main one is the 1993 ‘Eerily Howling Winds’-demo, however, this is a 6-track version, while my copy has only three tracks – where exactly the last three tracks come from is not entirely clear to me. But most of these tracks have also found their way onto the self-released ‘Det Glemte Riket’ 7″ EP from 1994 or the aforementioned debut album. These versions are a bit rawer in sound, but are not solidly different in form from the later versions. Also included are the two tracks from the ‘Det Glemte Riket’ 7″ EP and an earlier 1992 demo version of the song of the same name. Finally, two pre-production demos of ‘Troltaar’ and ‘Nattens Skjonnhet’ are added, these songs later appeared on the ‘Troltaar’ 12″ (1995, Damnation). Again, the sound is rawer, but the performance itself is hardly different from the later versions we have become familiar with.

While an enjoyable document from a musical historical perspective, this compilation delivers few surprises. What it does bring are mainly the rough drafts and first versions of many classics from the early Ancient-oeuvre. Having them put together like this does reinforce the realisation that Ancient had an absolutely unique sound at the time. Since then, that sound has been (re)embraced and today we hear many new bands sporting that raw sound, which is buzzing and clean at the very same time and well peppered with catchy melodies. Only downside of this kind of compilation is that you have to deal with a lot of repetition. In this case, you get to hear ‘Det Glemte Riket’ no less than three times. Although that is an underrated Norwegian Black Metal classic, that might be just a bit too much of a good thing, however, leaving it out obviously wasn’t an option either. Either way, ‘Eerily Howling Winds’ is a worthy tribute to Ancient’s early strides.