Paganizer – The Tower of the Morbid 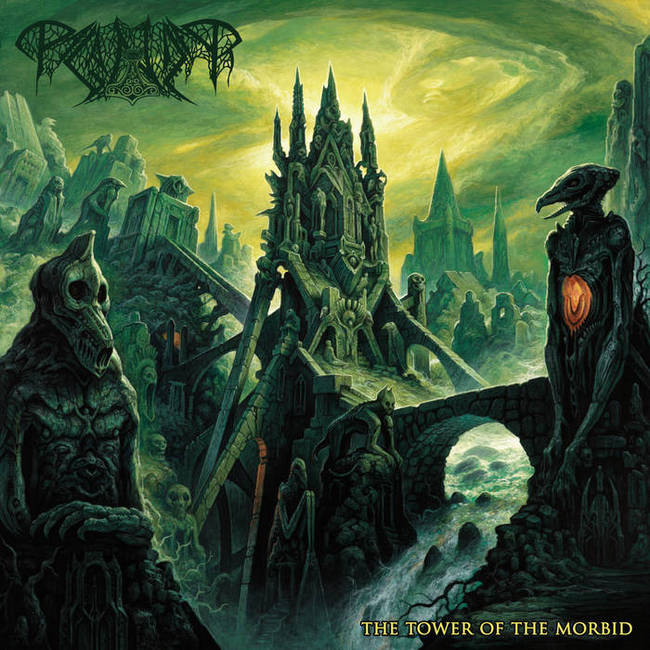 Rogga Johansson and his band of evil death peddlers known as Paganizer are back with a new album of towering brutal Swedish Death Metal so aptly titled “The Tower of the Morbid”. Pumping out their brand of death for the past two decades, Paganizer are one of the staple bands in the Swedish Death Metal scene and mastermind Rogga Johansson is a king of the underground in his own rights, playing in over two dozen bands, this man eats, sleeps and shits Death Metal.

On their eleventh offering, fans of the band will find a consistently strong outing of vicious guitars, pounding drums and death growl vocals with the bands trademark combination of old school Death Metal groove and breakneck melodic Thrash speeds. A cacophony of riffs varying from melodic Death stomps, full speed ahead riffs and Death-Doom-esque passages will keep the listener engaged throughout the eleven tracks. There is a higher dose of melody on this album than previous releases and I believe that is due in part to the guitar leads, which pull equal influence from both traditional Heavy Metal and Thrash Metal while still keeping the brutal characteristics of Death Metal. As usual, the lyrical themes represented are of fantastical themes of horror and gore, surprisingly after over a dozen releases, there are still new subjects for the band to delve into.

Although, there are no surprises on “The Tower of the Morbid” long-time fans of the band can expect much of the same high-quality “Swedeath” that Paganizer are known for. In comparison to the last album “Land of Weeping Souls” there is more straight-forward feeling to the songs presented here and slightly less catchiness to them, however overall this is a solid release for the band that will for sure be stuck in the tape decks, turntables and cd players of headbangers for years to come. (Ted Gloom)