Sepulchral – From Beyond the Burial Mound 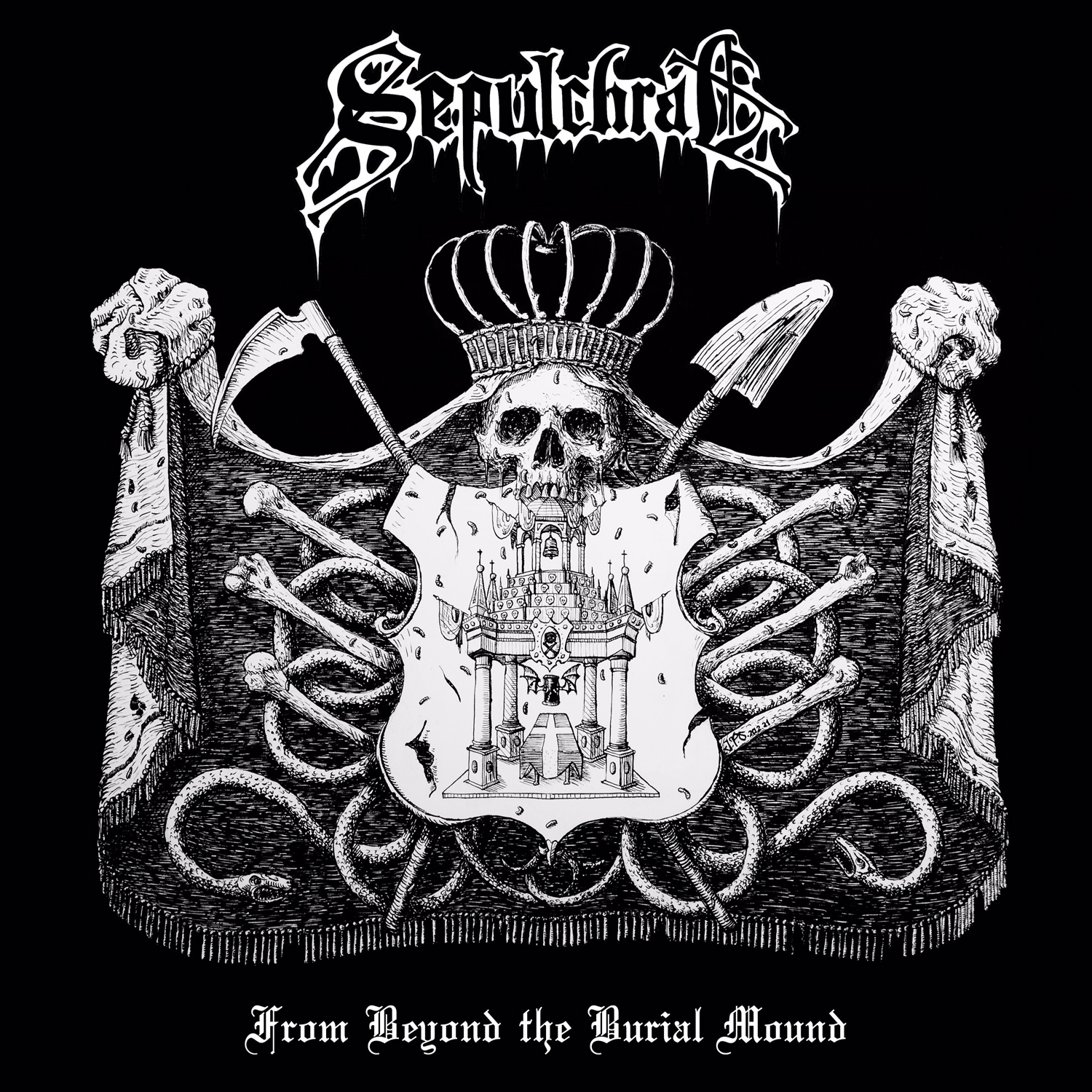 ‘From Beyond the Burial Mound’ is the debut album from Basque Death Metal trio Sepulchral, and has been released through Soulseller Records on both CD and LP. What Sepulchral get right is their bleak sounding cavernous style. They also manage to churn out a relentless Buzzsaw like guitar sound that is both gnarly and satisfying at the same time. In fact, Sepulchral excel at creating fast past flowing Death Metal with a simple, almost Punk like structure to it. Where ‘From Beyond the Burial Mound’ falls short is in the creative department. Whilst the album features some truly brutal riffs, crushing bass leads and an unceasing drum barrage, as well as vocals that sound like the bastard love child of Lemmy and a chainsaw, there is so little diversity on their style that the album soon falls into one-dimensional territory. So whilst ‘From Beyond the Burial Mound’ is far from being what i would call a bad album, it also struggles to keep a hold of my attention, and for the bands next release they really need to work hard on making their style one that is more engaging and thought provoking. That being said, the potential is most definitely there! (Marksson)