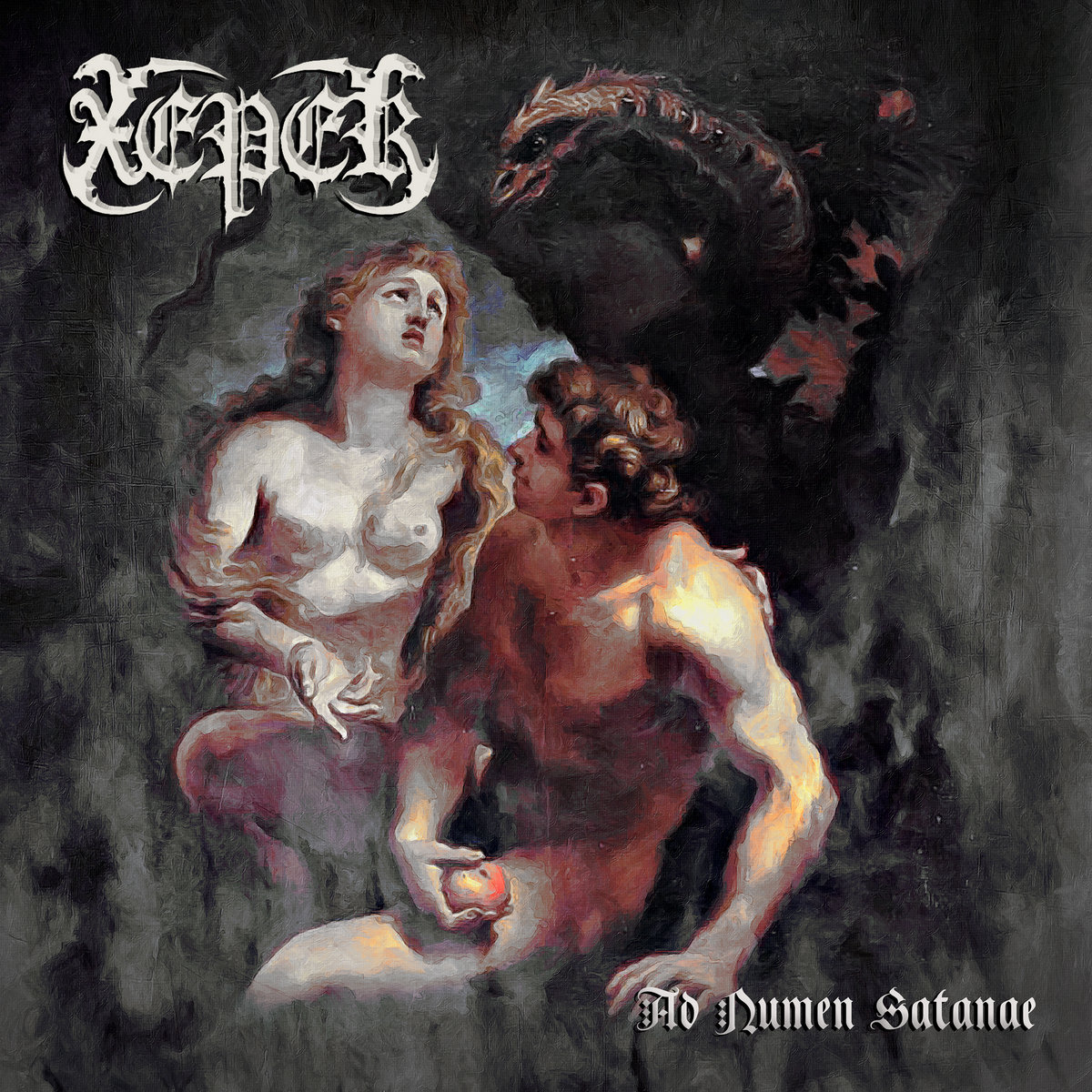 Xeper, now operating out of Stavanger, Norway, but originally founded in Italy, released their fourth album last year through Dutch Soulseller Records. Though ‘Ad Numen Satanae’ is indeed the band’s fourth release, the band kind of stayed off my radar for the most part. I have seen the band name featured here and there, but no music had reached my ears before this one. It wouldn’t be surprised if Xeper might have slipped some more people’s attention, so although the album is a little older by the time I am writing this, ‘Ad Numen Satanae’ deserves the attention.

It might not be the most ground breaking album nor is it perfectly executed, but it does bring an honest piece of Scandinavian-schooled Black Metal. Moving to Norway must have helped the band to further incorporate its initial influences. On this fourth record, the band gets the help of a lot of different individuals. Most prominent is the talented drummer V. Einride of Terratur Possessions recording artists Whoredome Rife and Syning (as well as being the current live drummer for both Gorgoroth and Vemod). Furthermore there’s contributions from Blasphemer (Aura Noir, ex-Mayhem), Mantus (Troops Of Doom), Maelstrom (live drummer for Incantation) and Bolverk (ex-Ragnarok), completing the international flavour of the band. Mainman Guh.lu’s own musical ventures, being the current session live guitarist for Gorgoroth and formerly also for Setherial, has left quite a bit of a trace to Xeper too.

A bit of background information on the band’s line-up often is only be a bit of trivia, but in a lot of cases it actually says a lot in the sense of knowing what to expect. Such is the case with Xeper. The Gorgoroth and early Setherial sort of ambience is being felt throughout most of the album, yet the musical versatility is far more stretched than those rather traditional sounding Black Metal acts. Xeper serves itself with loads of interesting dynamics, both in terms of pace and vocal use. They go from blisteringly fast blast beat-driven Black Metal, very much in the Setherial kind of way, to more dragging pieces that sound as epic as anything else. Maelstrom’s vocals are going from the standard Black Metal rasp (which, in all honesty, are not all too special) to very well fitting Pagan-esque chanting. The ambitious grandeur is woven throughout the whole album, from the epic opener of ‘Fiat Interitus’ to the dying last pieces of the album’s closing track. The big centrepiece of the album is ‘Riding The Spiral Of Lilith’, an epic song of almost 10 minutes that ostensibly pays homage to Bathory’s best Viking-era records. In this lengthy track, both the band and vocalist Maelstrom deliver their best work of the album, honouring ‘Twilight Of The Gods’ and serving the listener with a downright epic work of art.

While not being flawless, in the sense of the album hitting pure sensationalism, ‘Ad Numen Satanae’ does tickles at all the right places for anyone who has a soft spot for Scandinavian Black Metal. With all those people involved, I just hope that Guh.lu can keep everybody’s focus on the band, so they will be able to continue to deliver quality Black Metal. At least, now I am sure not to miss out on another Xeper record.