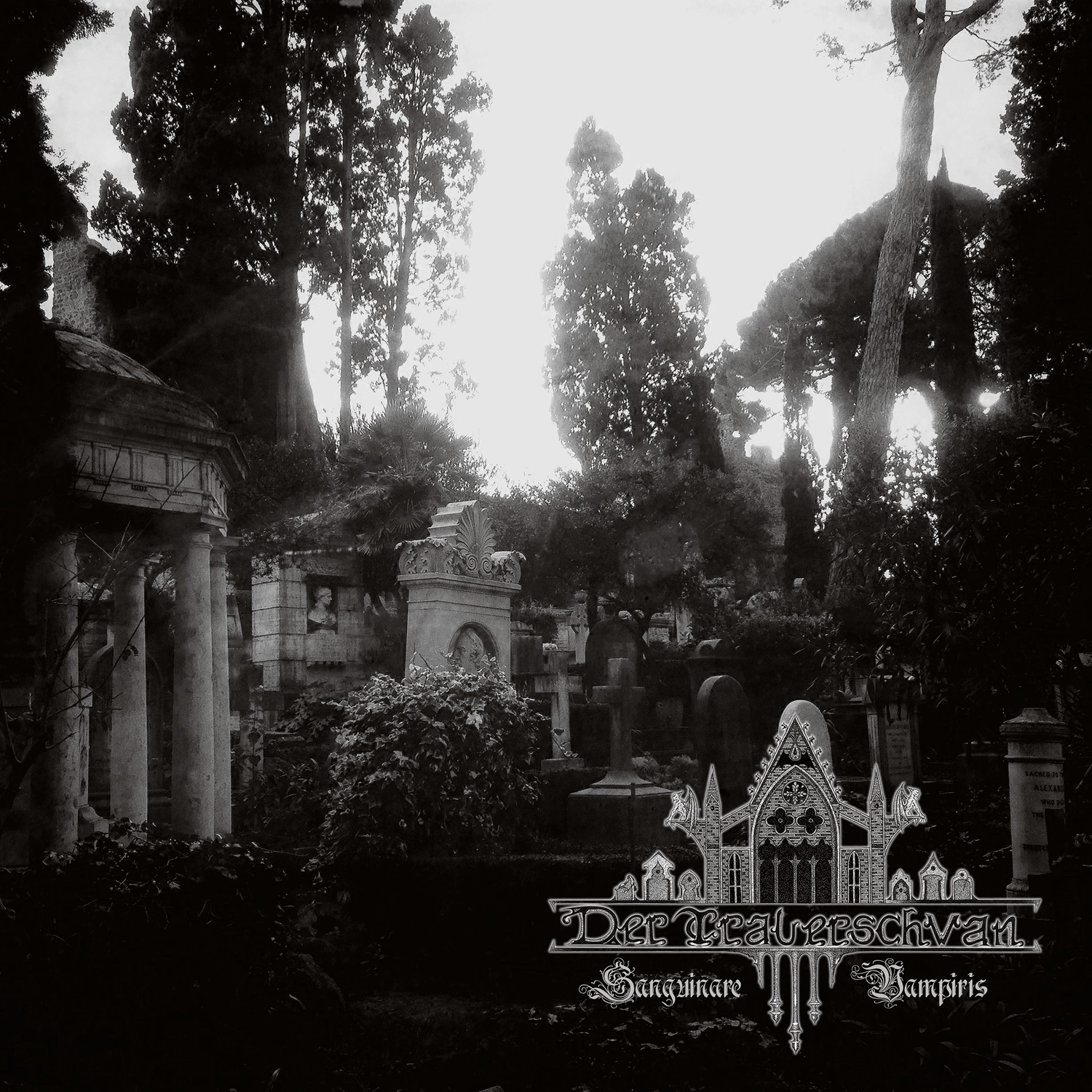 When the Chilean band Hetroertzen relocated to the Swedish town of Västerås, they quickly recruited members from the local scene to complement their live line-up. One of the members that eventually joined was Ham, who played bass in the band from 2015 until 2021. Eventually Ham and Hetroertzen went their different ways. Ham, now under the new pseudonym Tristan Moreau, then decided to form a new vessel to channel both his poetic and musical inspiration. That vessel is called Der Trauerschwan, and the debut album ‘Sanguinare Vampiris’ was released on November 25th, 2022, by Soulseller Records.

The poems written for the record explore the naked diary of a vampire, but even without knowing the lyrics, the vampiric theme of album shines through in the atmosphere of the music. What Tristan Moreau has taken from Hetroertzen is an essence of atmospheric Black Metal, but otherwise, musically Der Trauerschwan is quite far away from his previous band. Instead, the music on ‘Sanguinare Vampiris’ is mid-paced Black Metal mixed with Doom Metal in the vein of ‘The Angel and the Dark River’ style My Dying Bride.  Due to the mechanical drums, I also get a bit of an 80’s Sisters of Mercy vibe from the music, something that actually quite nicely fits with the Doom Metal influences. The vocals are raspy and come with a slight effect over them, which once again fits quite well with the overall sound of the band. The best band to compare the music of Der Trauerschwan to for me would be the Finnish band Dolorian, who perfectly blended Black and Doom Metal on their majestic debut ‘When All the Laughter has Gone’. Although admittedly, Der Trauerschwan has slightly more emphasis on the Black Metal aspect of the music and operates at a higher pace.

The combination of Black Metal and Doom Metal isn’t a very frequently visited path, something that Der Trauerschwan deserves some degree of credit for. Musically, this works well in for instance ‘Out of Sight, Out of Mind’, a song with great riffs that packs atmosphere without use of keyboards, but also in the organ-laden opener ‘Of Broken Vows and Sorrow’, a song in which at least some inspiration seems to be drawn from My Dying Bride’s “hit song” ‘The Cry of Mankind’. The closing track ‘Cor Cordium’ is the heaviest song and even has a bit of an Evoken type of riff right after the intro, although the track is not nearly as crushing as the American Doom Metal band. Strong points of the album are not limited to these three tracks, and the album is quite a pleasant listen simply because it’s not something you hear that often. However, it does sound a little bit repetitive, both in pace and even in some riffs. For example, ‘To Where No Pathway Goes’ is pretty similar in style of riffs to the preceding ‘Of Broken Vows and Sorrow’.

Overall I think ‘Sanguinare Vampiris’ is an interesting debut album for it’s far from exhausted formula of Black/Doom Metal. I think a lot can be improved in terms of variety, but altogether it’s an enjoyable and atmospheric album, and a good launch of Der Trauerschwan.