Revolting – The Shadow At The World’s End 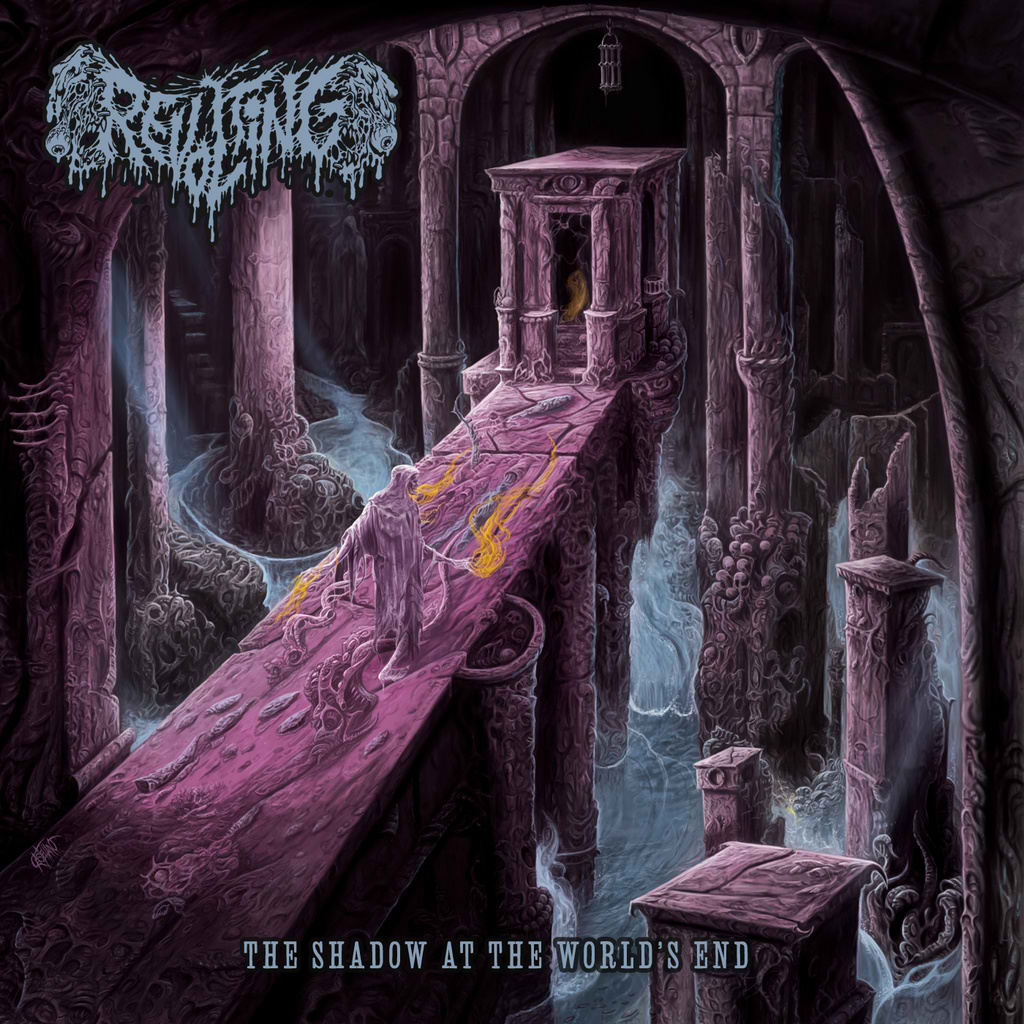 Since the first Paganizer in 1999, Rogga Johansson has been featured in both my previous as well as this zine. Little did I know back in those days, he would feature so many times with all his bands and projects. One could of think he is my long lost brother and slips me a twenty to publish some words on his releases, but according to my mom she only has brought 2 ugly wankers into this world, and as I’ve seen the other one this week, it is sure Rogga is not related.

Back to Revolting; it is everything you may expect from the band. The common Swedish Death Metal groove, the variation in pace, howling leads and the melody which is more present with Revolting than Ribspreader, to mention another Swedish Old School Death Metal endeavour of Mr. Rogga. Yet, with Revolting he can be full blown straightforward as well, just gave “1888” a listen, which has such a Dismember goes Autopsy vibe.

I don’t think Revolting will gain or lose fans with “The Shadow at the World’s End”, it is just Revolting…nothing more, nothing less.