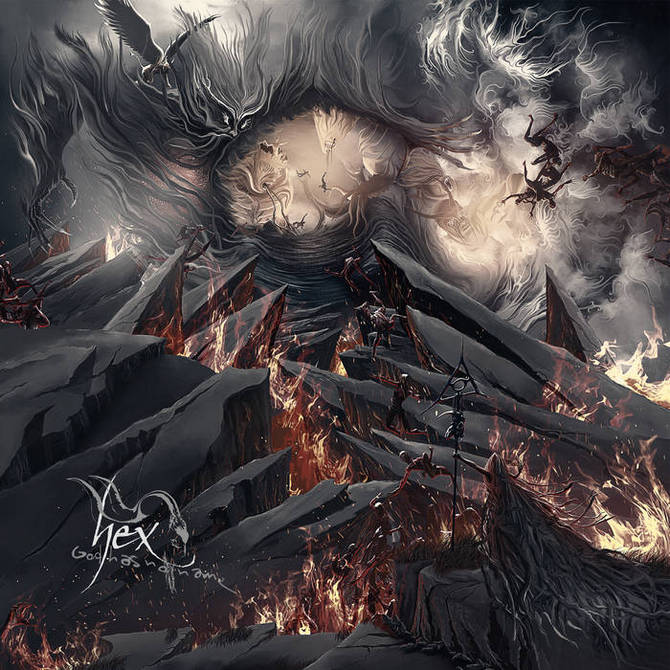 First off let’s talk about the name a bit. I know it’s hard to come up with a name that’s original nowadays, I mean there are and have been so many bands around at this time that it’s very likely some names tend to sound a bit familiar. But when you choose a name that sounds familiar at least make sure it’s not a generic one so people can actually find you while searching on your bandname alone.

Hex is a band from Spain that started out as a project back in 2012, and with this project bass player Alofo WP wanted to pay tribute to 90’s Death Metal like Bolt Thrower, Gorefest and Paradise Lost. In 2016 Hex became a full band and a Demo cd/EP was recorded. In 2018 they started recording “God has no name”.

Hex is still a band with a sound that could have come straight out of the 90’s. It’s mid-tempo old school Death Metal with some Doom influences. It’s with these Doom influences that (old) Paradise lost comes looking around the corner, although Hex’s sound is a lot more heavier.

The first three songs are strictly heavy, slow to mid-tempo Death Metal and start off the record in a not so very remarkable way. They tend to melt together a bit for me. It’s with “Deavangelism – The dark sunset“ when it gets a bit more interesting, they mix up the a bit tempo and the riffs start to stand out more. The folowing song “Where gods shall not reign” does the same but adds female vocals and more variations in singing, things get way more interesting here!

Sadly these two songs mark the highpoint of the album, the rest of it really isn’t bad but it’s just a bit to generic to stand out. By all means check out this album if you’re a fan of the 90’s Death Metal sound, they got that part nailed. (MartijnK)