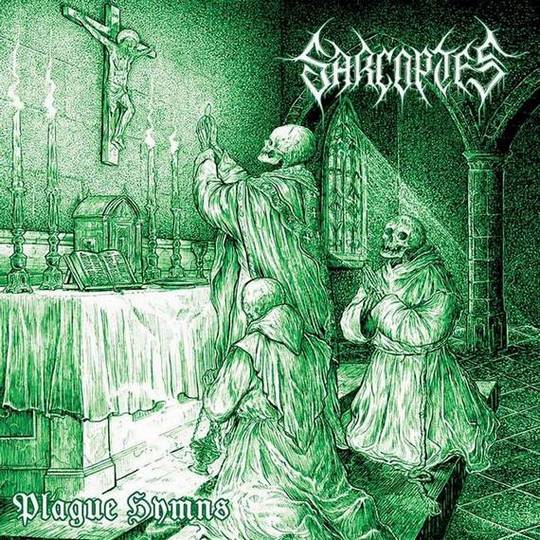 After the “Thanatos” EP (2013) and their debut full-length “Songs and Dances of Death” released by Cimmerian Shade Recordings and Graven Earth Records in 2016, Sarcoptes is back with their new EP called “Plague Hymns”.

Their previous effort was an interesting one, as they managed well to blend influences from the Black, Death and Thrash scenes, an album with “lots of twists and easily transforms from some Belphegor bombastic composition into a typical Morbid Angel passage”. With “Plague Hymns” they stick more to the melodic and symphonic Black Metal part with melodic up-tempo riffs, the conventional use of keys and leads.

A nice mix of melodic and symphonic Black Metal, a mix of the 90s UK and Norwegian scene shall we say. (Ricardo)