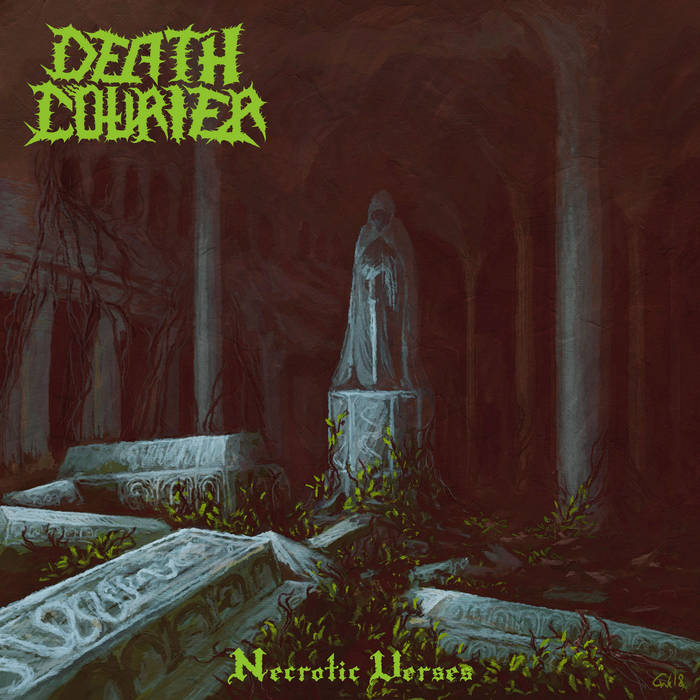 The name itself is as scary as the pandemic we’re facing nowadays, but this Greek unit is way far older than the virus. In fact, they have a long trail back in the Greek scene, dating back as far as other titans like Spider Kickers, Varathron, Rotting Christ or Acid Death (another notable Greek finest Death/Thrash powerhouse).

They got 1 album out in 1992 entitled “Demise”, much in the veins of proto Death/Thrash, but what really catches my interest was the later split EP with another Greek band, Conspiracy in 2013 – “Sharing the loot/Immune to burial”.  Although it contains only 2 tracks “Mindwarp” (a new rendition of a track from “Demise”) and “Relics & Ornaments” (which found its way later on the “Perimortem” album in same year), the sound on this EP alone is mindblowing! The huge wall of sound production really justify the dynamics that they truly deserved!

So when “Necrotic Verses” came out this year, I’m truly excited to have a listen to them. Furthermore, the logo on the album cover is kinda toxic green. Green is good, so they say. Andddd yes, this is good! It’s so good from start to finish, you didn’t feel like skipping any tracks on play. Production-wise, they almost captured the density of the afore-mentioned split EP, but the song compositions on this album itself is a smasher, so that makes a killer combo!

When you’re listening to the works of old masters, bare in mind they are the jack of all trades on putting this kind of thing together to make it sound eloquently killer without loosing the dynamics. The best thing you would gained from listening to this record, is that Death Courier try to remain authentic to its genre without leaning towards any progressive elementaries (unlike some older Death/Thrash bands trying to sound & stay relevant in present time), or the fancy over-worked technical riff raft. They did it old school style – swift, quick, smash it & get going, like a hit job! A blatant smack to the face. “Narcotic Verses” is an articulate work of catchy riffage amalgamation, a bombastic end product fine-tuned by gnarly vocals, hard hitting drum blast and that heavy pounding bass sound!

Kudos as well to Transcending Obscurity for getting this album on their roster to be along side many other great releases. 10 tracks clocking in at 33 minutes, the runtime on each song is just perfect – short, fast & loud! (JvH)