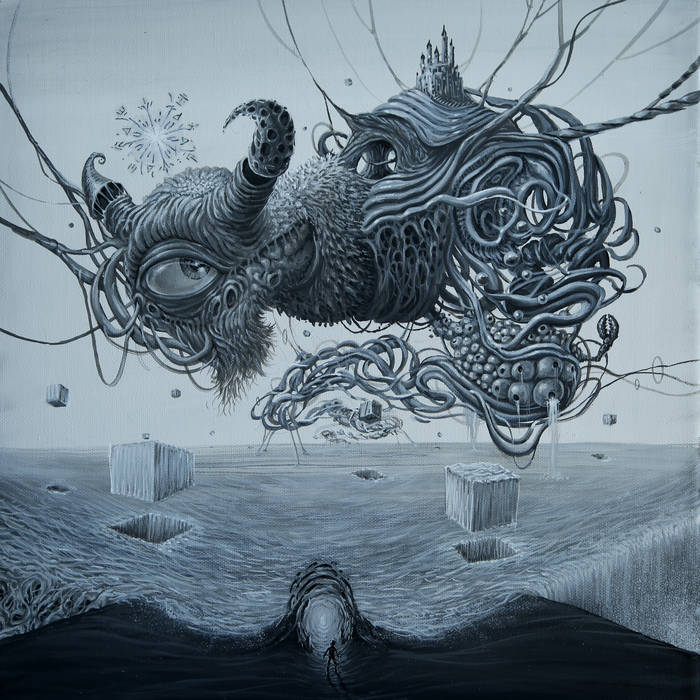 This one starts out pretty much as one would expect from a band of the Death/Doom variety, Italy’s Esogenesi have the nice slow acoustic opening on “Abominio” that just eases you in, and then something special happens, and to quote a shitty pop song, “It’s All About that Bass”. Yep, the bass player in this band lifts everything to a totally new level. Like some sort of living being it snakes and writhes, and just blows you away with how fucking awesome it is. I hadn’t paid much attention to this fact until fellow reviewer George (yes, extravagant name that one, unlike mine which is just majestic), who also happens to be the vocalist and funnily enough bass player for Australian band Vahrzaw said to me “Oi cunt, check this out!”. Well actually he is far more polite than that but shit the bed he was bang on. The rest of the band are also fantastic, let us not forget that, but as far as first impressions go, you cannot beat the first little ditty, and the way that once you hear them bass lines, you will be, to quote another shitty pop song, “Totally Addicted to Bass” (the instrument, not the fish).

As far as the rest of the album goes, well, it’s a Death/Doom fest of the highest order.

The vocals at times remind of another Aussie band, Futility, who also happen to be of the Doom variety, This man is in pain, his anguish is palpable, you WILL feel it, or you are just not a fan of this kind of stuff. The guitar work is simply exceptional, from clean the clean riffs to the grittier ones, it’s pure class. Drums are spot on, but again, that fucking lurking monster underneath them all is just too hard to ignore. I’m gonna go with George on this one and say that the first track is possibly the standout moment, but by geez the rest of it is so fucking solid you’d need a diamond headed sledgehammer to break it into pieces. From the mellow to the heavy as all fuck, this is superb. (The Great Mackintosh)