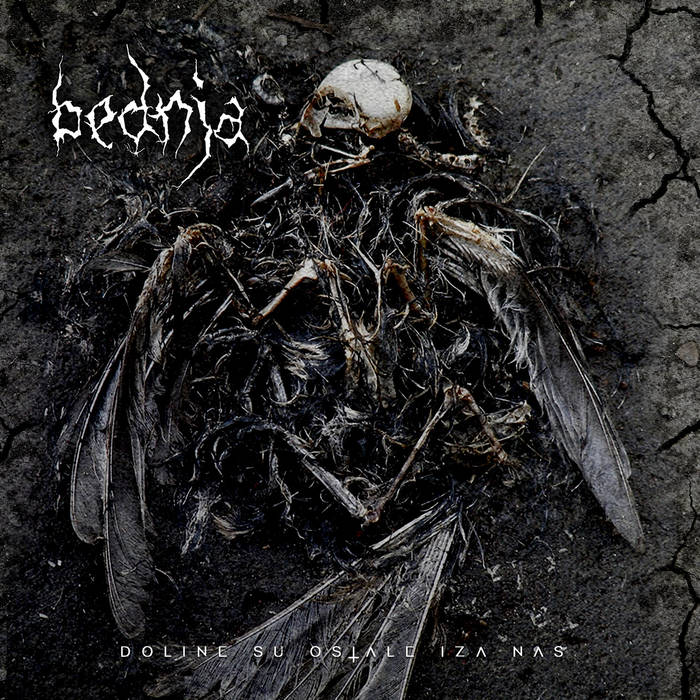 Naming bands after local (and not so local) sights is nothing new and so far very few projects outside Folk / Pagan (Black) Metal scene have been prone to it. So it’s definitely time to change that, but not too much. Meet Bednja, Croatian band playing a mixture of Black metal and Hardcore. They took their name after the river and a small village near the rivers spring in Hrvatsko Zagorje with the same name. One of the most recognized features of the village Bednja is the use of an archaic Kaikav language which is considered a difficult one to understand.

But, back to the band and their release. The band has spent years in the underground, where it has literally turned into a force of nature and then, after signing to the label, appearing on the Transcending Obscurity Label Sampler in January 2019, when it immediately started turning heads. Their electrifying take on blackened Hardcore, occasionally spiced up with touches from other genres

From discussing today’s ecological issues (Posljedni Krik) to battling the political effects of Christ’ second coming (Povratak Kralja – since Croatia is battling its ultra Christian movement), these guys are explaining the evil the humanity brought to the world and people in lyrics and music itself. From thundering drumming, through blast beats to more subtle progressive playing along to dual vocal, which also change shapes from screaming to howling. Guitars create several moody, yet grand melodies and the bass sounds like a fretless bass in certain moments. Memorable moments are scattered through out the whole album.

And, just like the albums title suggested ‘Doline su ostale iza nas’ (something along the lines ‘We have left the Valleys behind us’) the album ends with the thunderstorm followed by a short folk interpretation of the title song played on a tambura (local folk instrument similar to a mandolin). Album ends like this demand another listen and this is one of those which are definitely worth it. (Black Mary)