Heads For The Dead – The Great Conjuration 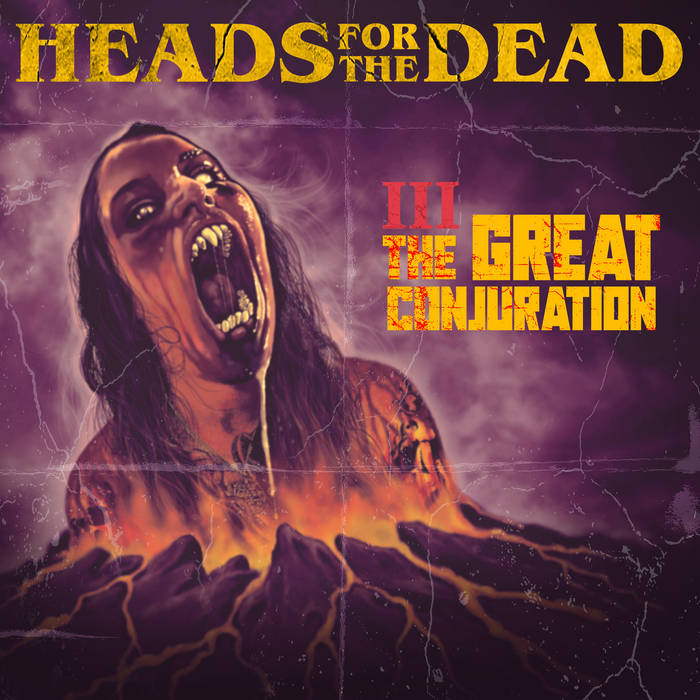 For those who missed the previous two full-length albums (and EP) of Heads For The Dead, it is yet another ‘all-star’ Death Metal band. And when you talk about this sort of bands, chances are more likely for you to win the one million jackpot than to encounter such a band not featuring either Rogga Johansson or Jonny Pettersson. This time it is Pettersson (Wombbath, Massacre among others) who teamed up with vocalist Ralph Hauber (Revel In Flesh and Petterson’s bandmate in Rotpit), guitarist Matt Holiti (Sentient Horror) and drummer Jon Rudin (ex-Wombbath). The latter replaced Ed Warby (ex-Gorefest) who left the band just before recording this new album.

In case you actually did miss out on the previous Heads For The Dead recordings, I can’t really say you have missed a lot. As with most of Pettersson’s musical projects, they all are pretty decent, but offer hardly anything meaningful and are largely interchangeable. It does sound rather smooth, but with that it lacks any memorability. It doesn’t have that raw, aggressive energy of the first generation Swedish Death Metal bands, but it also lacks catchiness and power. There’s no oomph, interesting breaks, leads or change in tempo. Only thing worth mentioning are the rather moody keyboards and semi-horror effects in the background, but for the most part the 47-minute album basically plods on to finally get bogged down into an unsatisfying mid-tempo snooze.

I personally do like my fair share of Old School Death Metal and I am not at all averse to one-dimensionalism, neither am I in desperate need of wild experiments, but this is just a bit too clunky, too oversimplified and, frankly, just plain boring.

Heads For The Dead