Crypts of Despair – All Light Swallowed 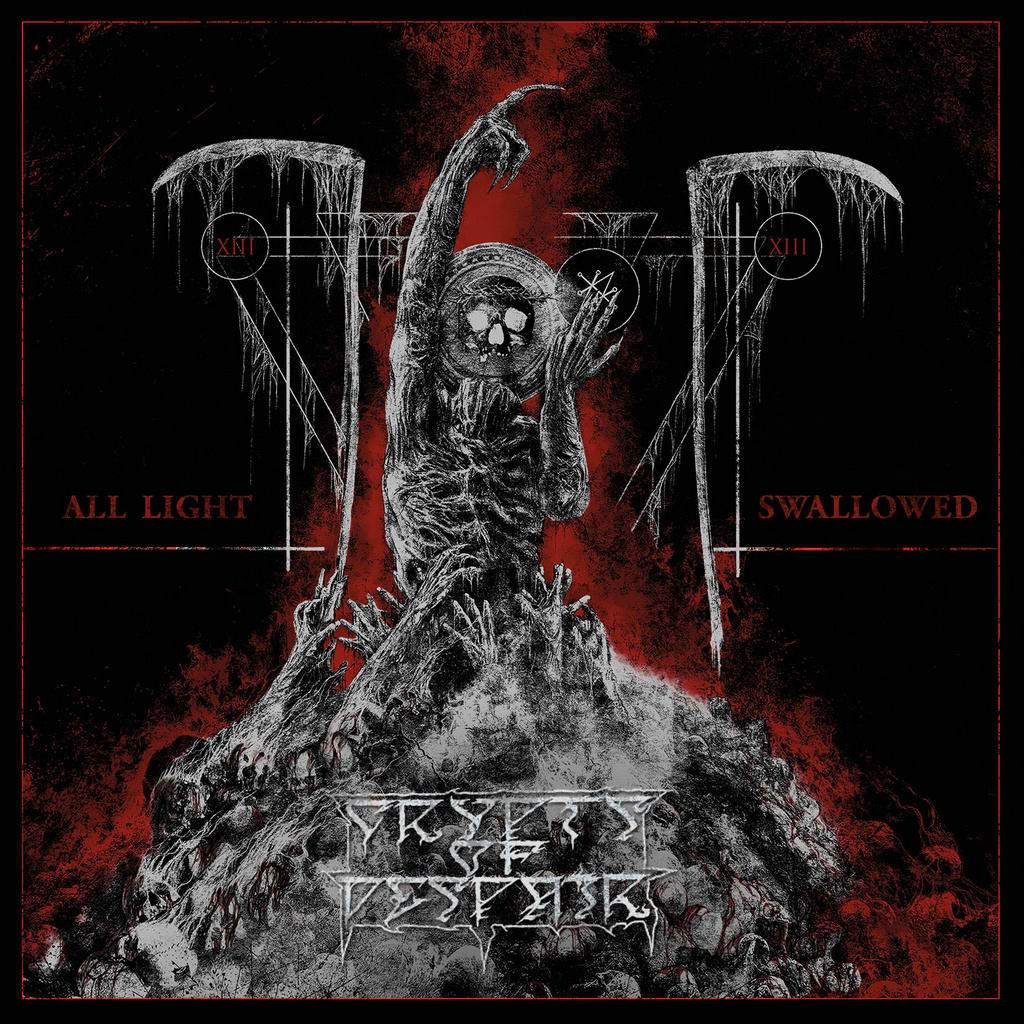 When the weight of this world becomes too much to bare, a great beast swallows the remaining light and brings about The Great End.

Before this can happen we have a great band hailing from Lithuania named Crypts of Despair. Here we have the follow up album to 2017’s “The Stench of The Earth”. After reading through song titles and looking more closely at the band, it is obvious the distain for man and the earth.

Transcending Obscurity Records usually releases great Music and in this case they have done so again. Dual vocals focused primarily on the deeper style and predominantly faster drumming and guitar work fills out the bulk of this excellent Blackened Death Metal release. Highly recommended for fans of world renowned band Behemoth’s work, yet do not expect that this will sound anything like that, because it does not.

I especially enjoy the way the band performs the haunting intro that leads perfectly into the song on the track “Choked By Void”. The mid paced Black Metal side of this band really shines through on this song. The experimental Guitar work is well done. I would like to mention this as some bands can over do this aspect, but not this band. This also shines very well on track “The Great End”

Overall a very strong release. I don’t hear anything standing out that sounds like too many other bands and the recording quality is also a plus. Also is the excellent cover artwork that absolutely sets the mood once you hear the band after seeing this. Absolutely no doubt that I will certainly be keeping my eyes and ears out for more of this band in the future. (Evil Mike)