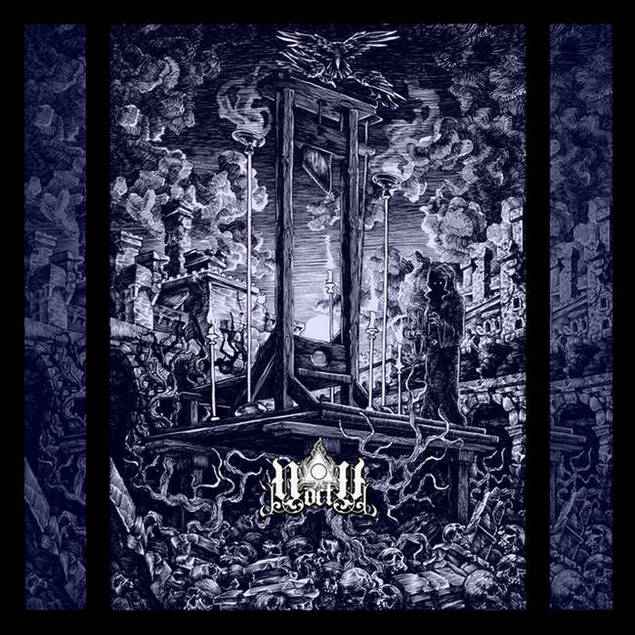 Noctu is a very prolific musician from Italy. In addition to his one-man solo work, Noctu is a member of Black Metal outfits Atra Mors, and Necromist, as well as Doom/Death band Ghostlord.  “Gelidae Mortis Imago” is his second full length release as Noctu, of what many consider Funeral Doom music.

I am personally on the fence where that label is concerned regarding Noctu as a solo artist. While there are Doom elements, and images of funerals certainly come to mind, it seems to me this music is much more cinematic than any traditional Funeral Doom project. That being the case, it is extremely difficult to describe. In fact, the best way for me to attempt such a thing is to share with you the visions Noctu’s music conjures in my own mind.

What you are about to read is what Noctu’s “Gelidae Mortis Imago” sounds like to me:

You are in a dungeon. A chasm of darkness. Along with the sound of dripping water, you can hear the wind howling faintly in the distance.

The wind turns into a sonata, still faint, but haunting. Screams echo like orchestral notes hanging in the chilly Autumn air.

A cadence begins. A theme collects itself in the corners of your mind, as a man from another room can be heard screaming a pained confession.

As the sobs become louder, you begin to question your own imprisonment. Have you ever been as honest with yourself as the man down the hall is being to his executioner?

Do you belong right where you are? Do you deserve worse?

The man down the hall is no longer in pain.

You catch a glimpse of his lifeless limbs as a great beast limps by with the body. It is to be added to the pile.

The beast addresses the occupants of the dungeon, which you’ve only just realized is full of people free from sanity. The beast is angry, but the beast is laughing. There is no room in this world for creatures such as yourself.

Most mortals pray during times like these. But if there is any hope at all, it lies in the silence soon to come. You’ve been waiting… how long has it been?

And when you’re gone, will the angels come? When your torment is over, will the darkness become light? You ask yourself these questions over and over, but you know the answers.

It has always been this way.

Even the preachers have fangs. Blood red and hungry. Always hungry.

But soon you will join the others, and there no one can hurt you. At least that’s what you tell yourself. So, when they come for you, do not cry out. Just march. Hands shackled and back beaten, march to the rhythm of the drippings from the ceiling.

Take comfort in knowing that your screams belong to you. (VUK)