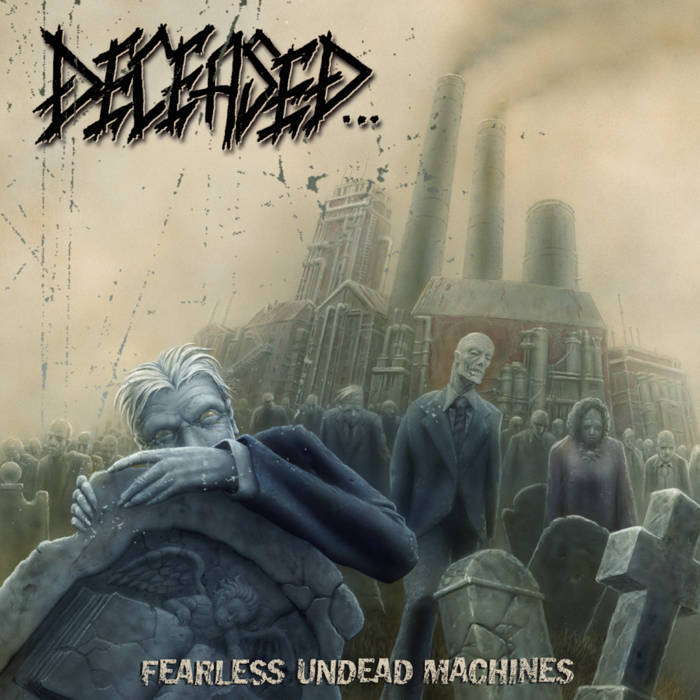 Not many bands can combine death the old way with a good portion(or more) of thrash that drives you crazy and some punky heavy metal induced melodies(yes they love Maiden) like King Fowley and this beast called Deceased. After a short horror intro announcing the living dead seeking for human victims one of the most versatile tracks of the band kicks in and gives start to a very fantastic album that changes the face from time to time. Great variation in songwriting and smooth transition from groove to speed as well as the already mentioned style variation. Every track is a killer(yes even the short ones more storytelling ones). The reissue has got some new liner notes and pictures for the die hards. If you like the bands work go with this classic from the later 90s. Hybrid metal from the 80s with great production is your thing? Grab it now.