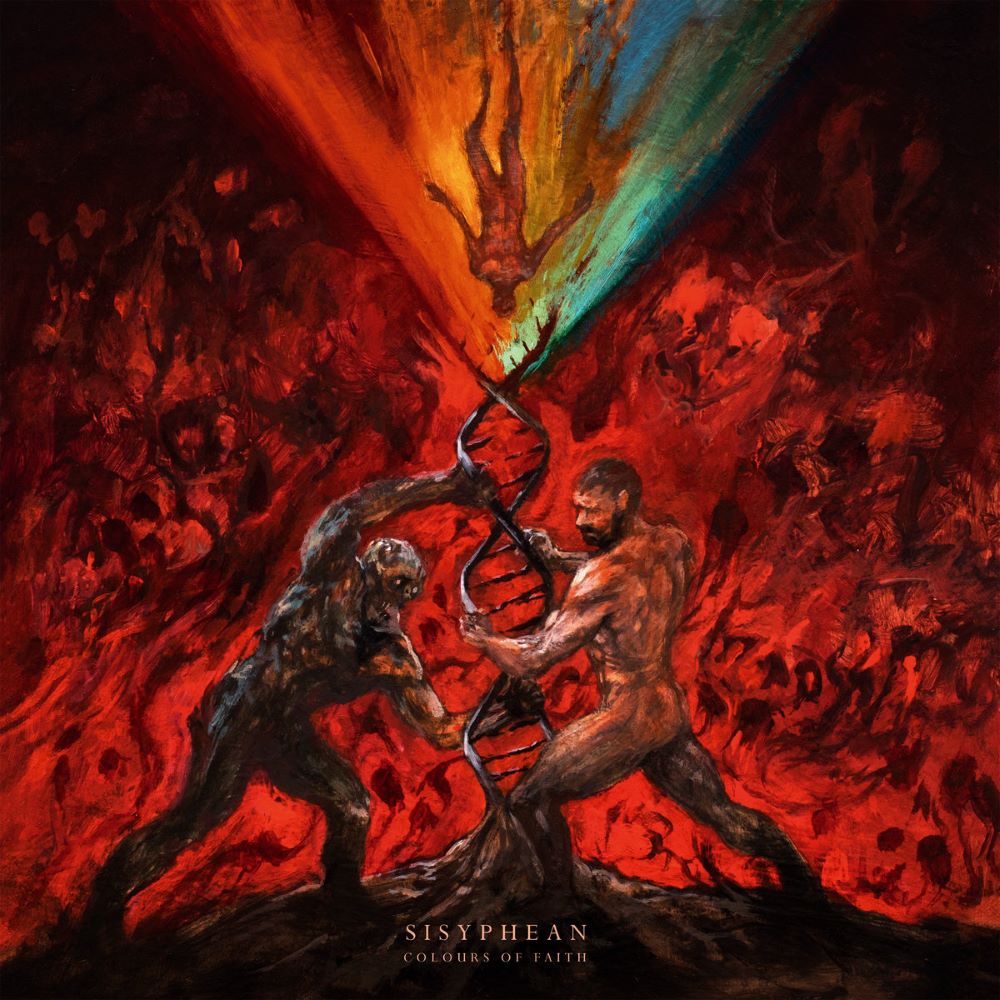 The combination the uncompromising Death Metal with the grittiness of Black Metal has been around for decades. Throwing in some dissonance? Nah, nothing new either. Describing bands sound with a couple of bland adjectives rarely does that band any justice and a lot of these get lost in a myriad of bands with similar qualities. It happens to bands from countries who are known on producing amazing acts of the sort, so you can imagine what happens to bands from countries not really known for being an extreme metal hotbed.

Sisyphean formed around 10 years ago (under the name ‘Division’) in Lithuania and released their debut ‘Illusions of Eternity’ in 2017. That’s about being bland when it comes to this band. This relatively young band already made a mark with their debut and they were not only capable to sustain their sound but to develop it further, to the point where the sound expresses the ideas and concepts behind the album perfectly on its own.

Based around the idea of horror that get imposed on the humankind from the things we do to make up for our own lack of knowledge. Even though the album starts with an almost ambient sound, it later evolves into a well-thought of changes of tone, speed and mood, which are constantly changing, not leaving the listener to get accommodated to a certain sound or even feeling, because this feeling is quickly evolving into something new, even more harrowing, even scarier. At a point where a listener might start to feel exhausted by everything that’s going on (for instance in the mid part of ‘Sovereigns of Livid Hope’), there’s an almost melodic part to let the listener catch a breather. Not for long though.

As I already mentioned it, there’s a lot going on on this album, it will take you a couple of listens to start to comprehend the whole thing. But everything behind this album has been well-thought of and executed to the point of perfection, while being extremely balanced – there’s not a moment where there is a lack of something or overabundance of something else. The band shows their versatility while remaining true to themselves. If you like your metal to be more thought provoking, this is obviously for you. Funny enough, if you like your metal to be more of a headbanging type, this is also for you. (Black Mary)