Hateful – Set Forever on Me 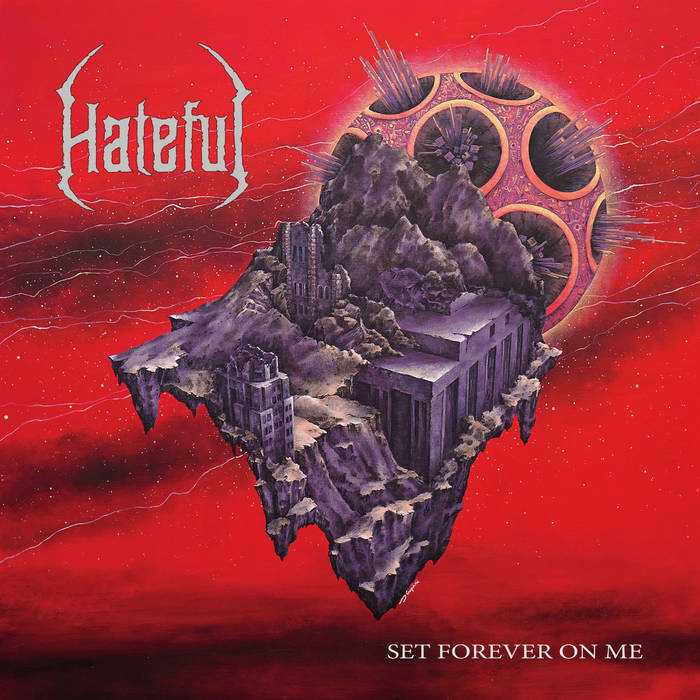 Technical Death Metal is a tough nut to crack. A band has to ride the line somewhere between Opeth and Nile or run the risk of sounding either overly technical or entirely pretentious. There are times the band gets way ahead of themselves with a concept, consequently spending far too much time trying to impress the audience as opposed to making music with any sort of truthfulness or permanence. Italian Tech Death band Hateful, with their soon to be released album “Set Forever on Me”, take this challenge head-on and meet it with an exceptional conviction.

What is often lacking in Tech Death performances is a sense of amusement, or relaxation. Everything gets so tightly bunched up and constipated, the listener is left standing alone in the bathroom going through the cabinets looking for some sort of musical enema. In other words, it’s all build-up and no release. Hateful does not have this problem.

Like most Tech Death, the instrumentation is regimented and flawlessly syncopated, but the band leaves plenty of room for vocalist Daniele Lupidi to perform as an unconventional front man often appearing to improvise with both tone and cadence, all while also providing excellent bass guitar work. Lead guitarist Massimo Vezzani follows Lupidi’s sense of adventure sparingly but effectively with short bursts of fast-fingered soloing. This helps break up any potential monotony, allowing each song to achieve its own tone while maintaining a consistent atmosphere throughout the LP.  It’s also quite evident that the duo understand that a great riff goes a long way, so there’s no real need to stack up too many at once.

“Phosphenes” and “The Irretrievable Dissolution Process on the Shores of Time” are perfect examples of this, the latter of which is reminiscent of early Decapitated or Suffocation, particularly in the vocal department. There is also plenty of excellent dual guitar work, frequent tempo changes, bass fills, and world-class drumming (provided by Marcello Malagoli). This is where the album really starts to become interesting. If these guys aren’t having fun, that word is going to need some redefinition.

“Will-Crushing Wheel” has an almost Groove Metal vibe, ala “New American Gospel” era Lamb of God. Now, if that bums you out have no fear, because that Randy Blythe sound morphs into a pretty damn solid Paul Speckmann (and if that still bums you out, I can’t help you).

“Set Forever on Me” is Hateful’s third, and in my opinion most effective, full length effort. Both “Coils of Consumed Paradise” (2010) and “Epilogue of Masquerade” (2013) are more straightforward Death Metal, still technical but not quite as successful with transition and nuance. The band has evolved into something quite significant and impressive. I very much enjoyed this album and recommend it highly to all lovers of heavy music. (VUK)